People in Grimsby were treated to an amazing spectacle first thing this morning and then as the sun set.  Nacreous or polar stratospheric clouds formed over the town to provide an extremely rare sighting for this country as they normally only occur in polar regions.  They form at high altitudes in the atmosphere (9-16 miles) and blaze unbelievably bright with vivid and shifting iridescent colours.  They are sometimes known as mother-of-pearl clouds from their colours and the water drops which form them are much smaller than normal.  The smaller droplets scatter light in a different way which creates the distinctive luminescent appearance. Unfortunately I missed the best of the display but my efforts are shown below. 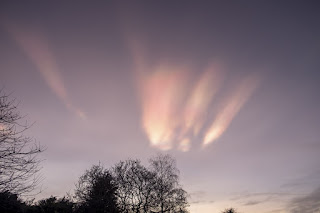 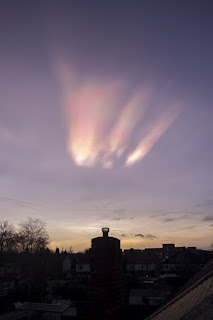 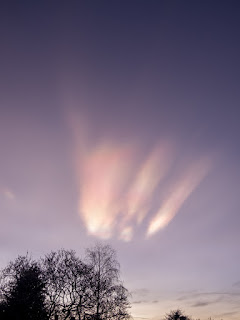 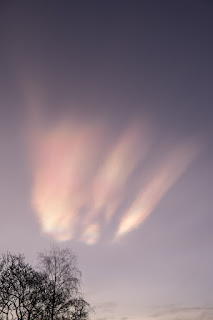