We awoke to a beautiful morning and when we arrived in Arnside there wasn't a breath of wind and the water in the estuary was flat calm.  Linda and Steve had just arrived.  It was good to see each other; the first time in months.  First on the agenda was socially distanced coffee and cake in a cafe on the front and then a wander around the shops and galleries.  It was perfect weather for a walk along the estuary and after a mile or so we found some rocks to sit on to have lunch.  We continued on around the headland and into the wide expanse of Morecambe Bay itself, its vastness as ever staggering.  In the distance we could see the perstations at Heysham and, slightly closer the Ashton Memorial on the hill in Williamson Park at the top of Lancaster near Thomas's house.  We watched as a microlight plane flew low over the bay, circled and then came in to land on the wide area of beach.  As if that wasn't of enough interest a light aircraft followed and then a second microlight.  Amazing.  Deciding not to walk the complete circuit to Far Arnside and back over the Knott, we scrambled up the cliff and followed the path over the headland and dropped down close to the village again, sights set on an ice cream.  Once back in Arnside we sat on the sea wll for a while chatting before going our separate ways: Linda and Steve back to Blackpool and we returned to the caravan. 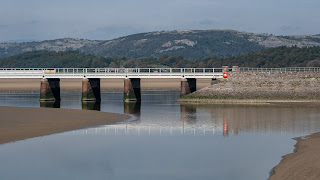 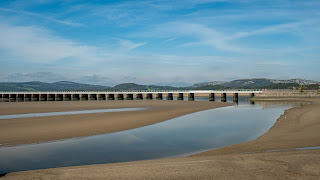 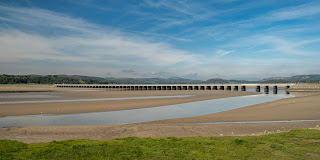 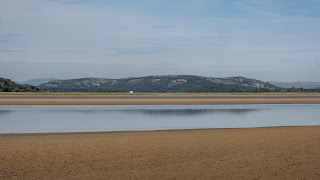 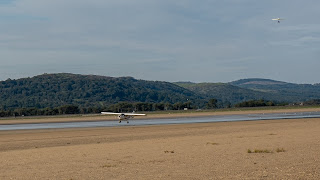 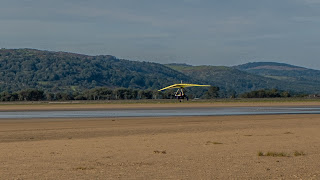 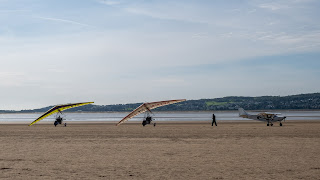 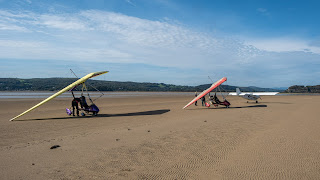 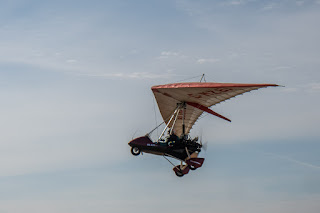 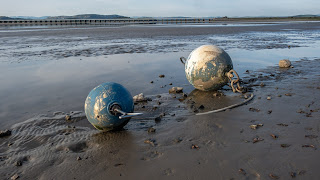 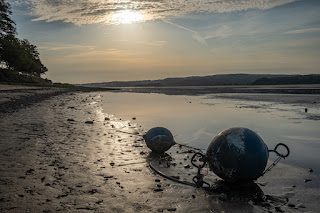 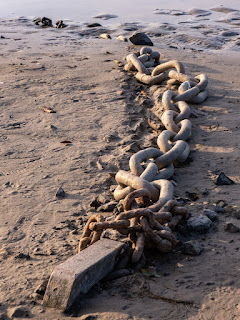