It was hardly worth going to bed last night but we did manage a couple of hours sleep before it was time to be up at 1.00 am for the drive to East Midland Airport.  We were on our way to Seville both for a holiday and also to see our daughter who lives there and works in a language academy just outside the city.  It was a clear sky with a large moon lighting up the  world.  The mountains along the North of Spain were spectacularly snow covered as we flew across, presumably the Picos de Europa were among them.  Our flight took us over Burgos, Madrid and Jaen; the route I had taken in a 1968 Land Rover Carawagon a
couple of years ago while on an Overland Trip to Morocco and the Sahara Desert.  As we approached the Sierras, traditionally wet, there were huge banks of cumulus cloud.  It was warm and hazy when we landed in Malaga and the layers came off.  After catching the metro into Malaga's Central Station we pottered in the warm sun to find somewhere for lunch whilst waiting for the train to Seville.  Not only was the train spot on time, the price was reasonable and it was not like wading through treacle to find the cheapest deal that we have in the UK.  The journey too was a delight, first through the spectacluar Sierra mountains with precipitous gorges and via ferrata-like paths, then across the high plains of inland Spain with miles of olives and oranges.  There was a very southern European look to the countryside; colours were unlike those of the UK and included ochres, browns, kahki, black, yellows, greys, brick red and a wide variety of greens from grey-green to patches of bright green cereal crops. .  We saw kites, a couple of hoopoes, flocks of cattle egrets and in a marshy area, large numbers of black winged stilts, storks and buzzards. 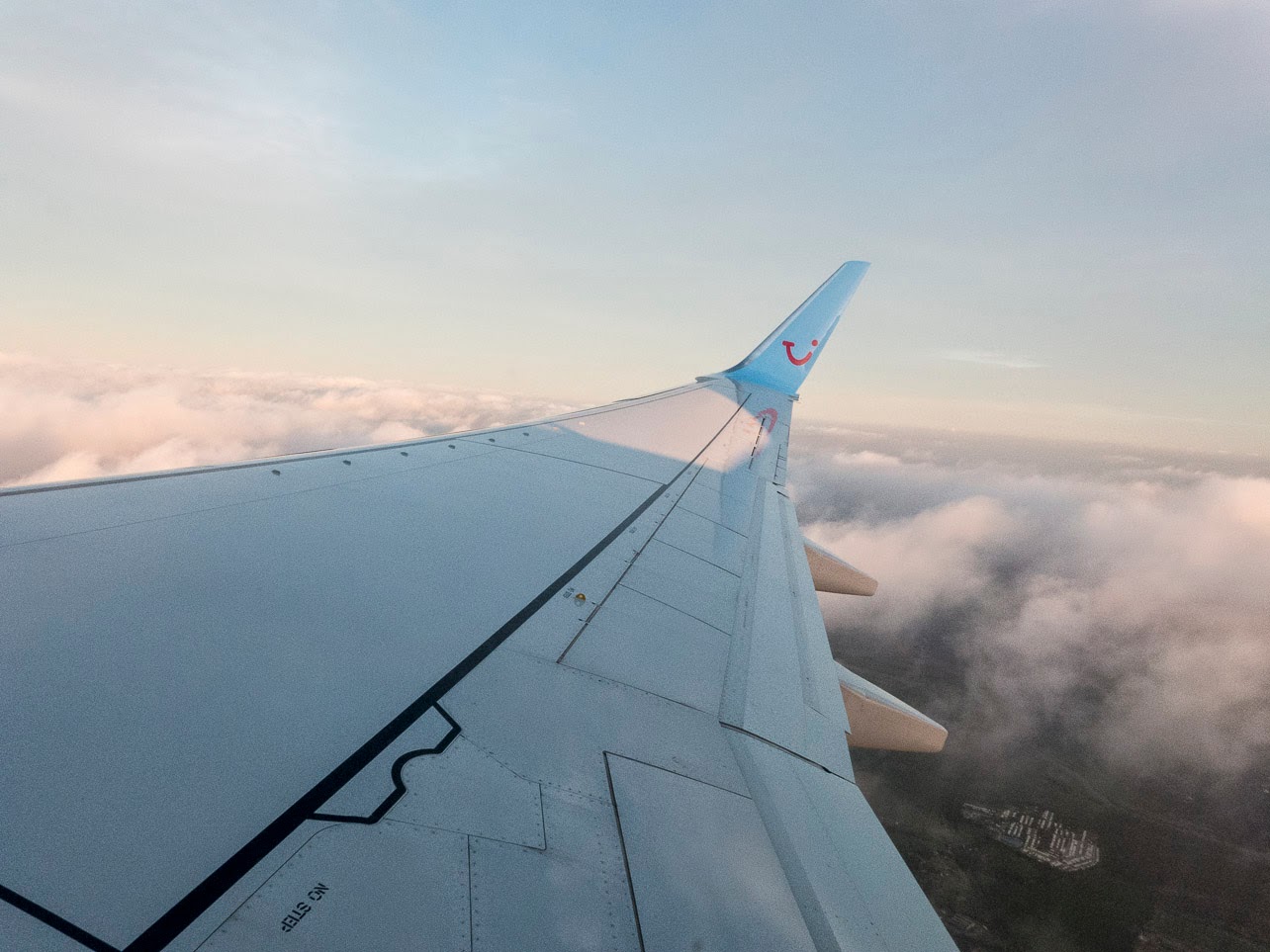 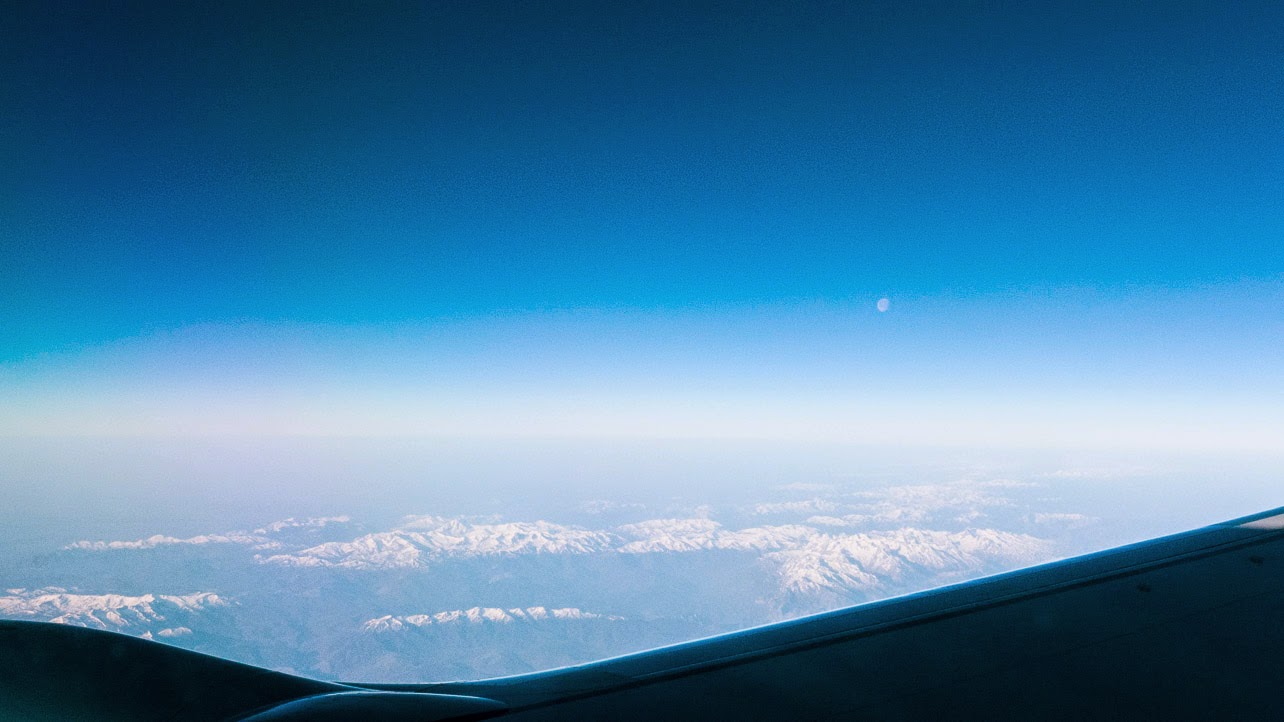 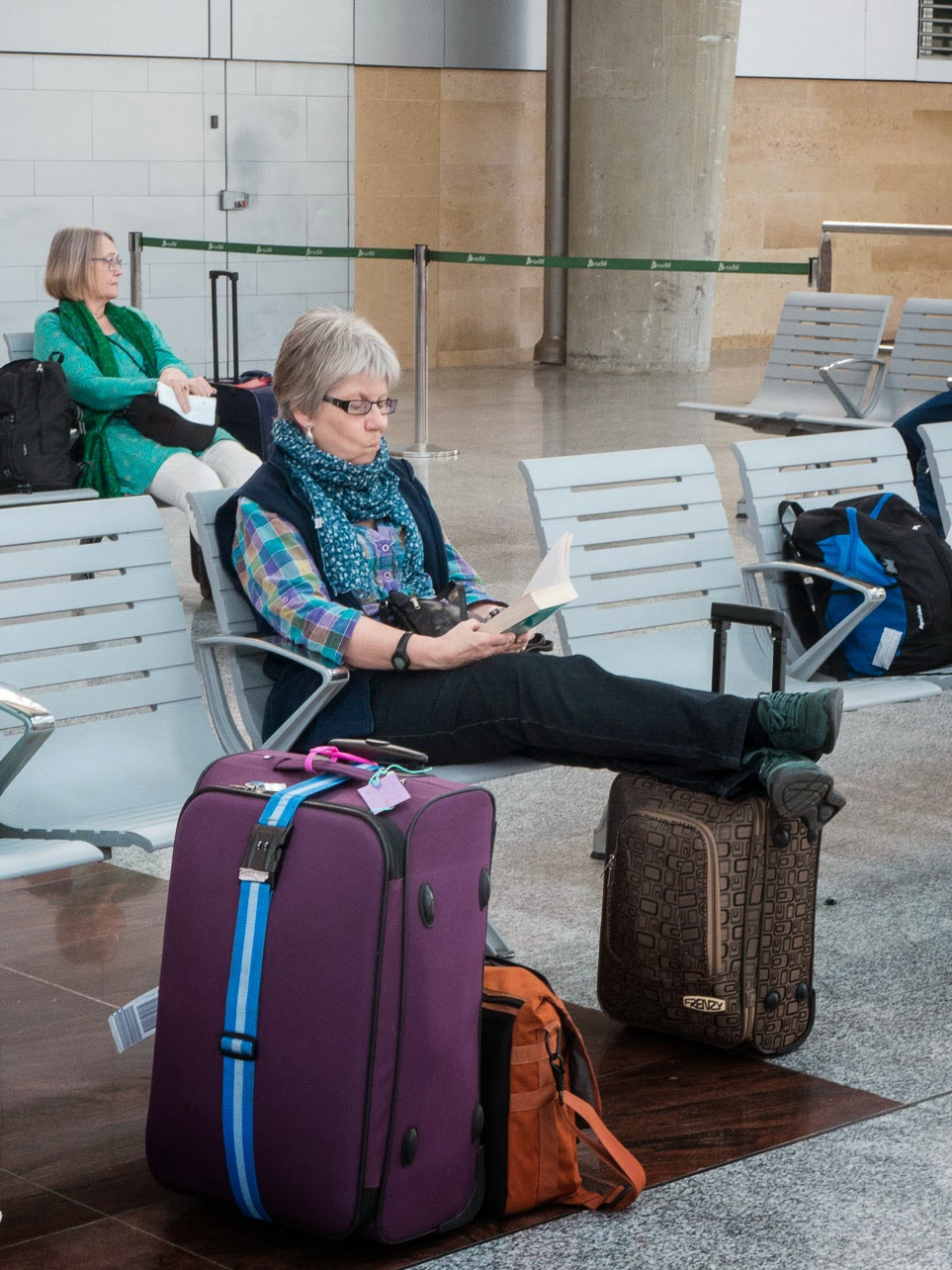 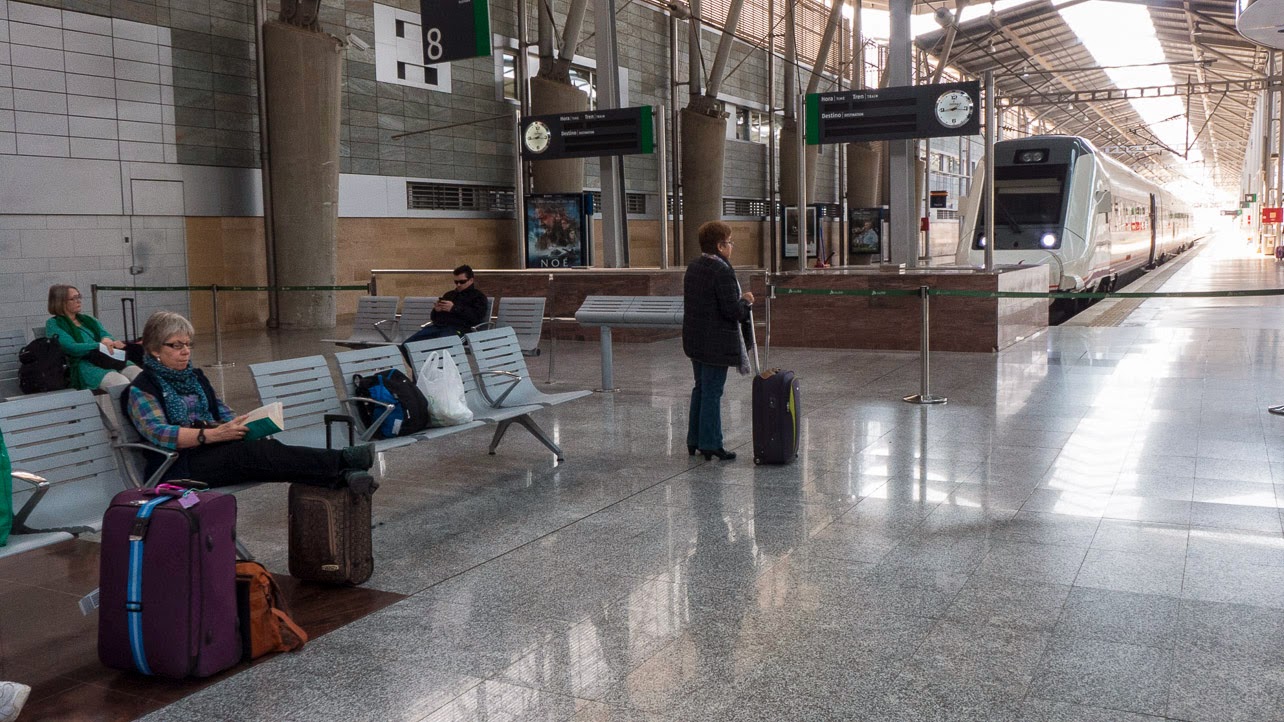 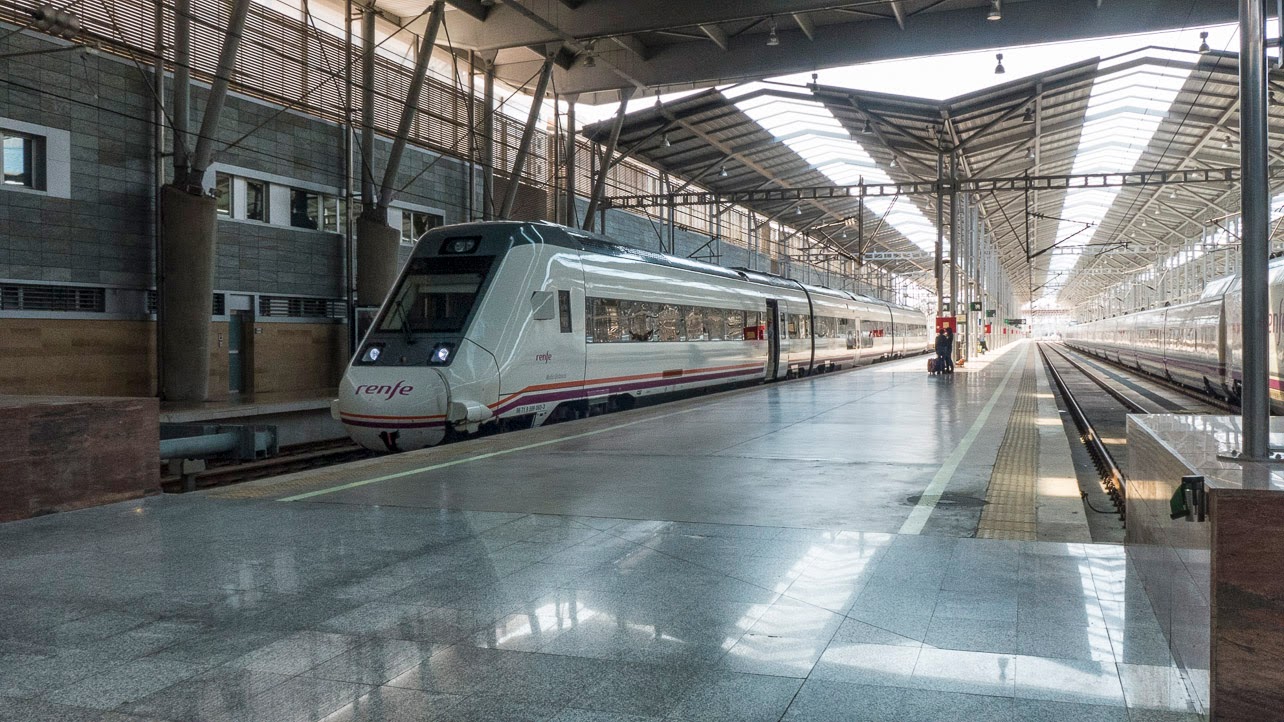 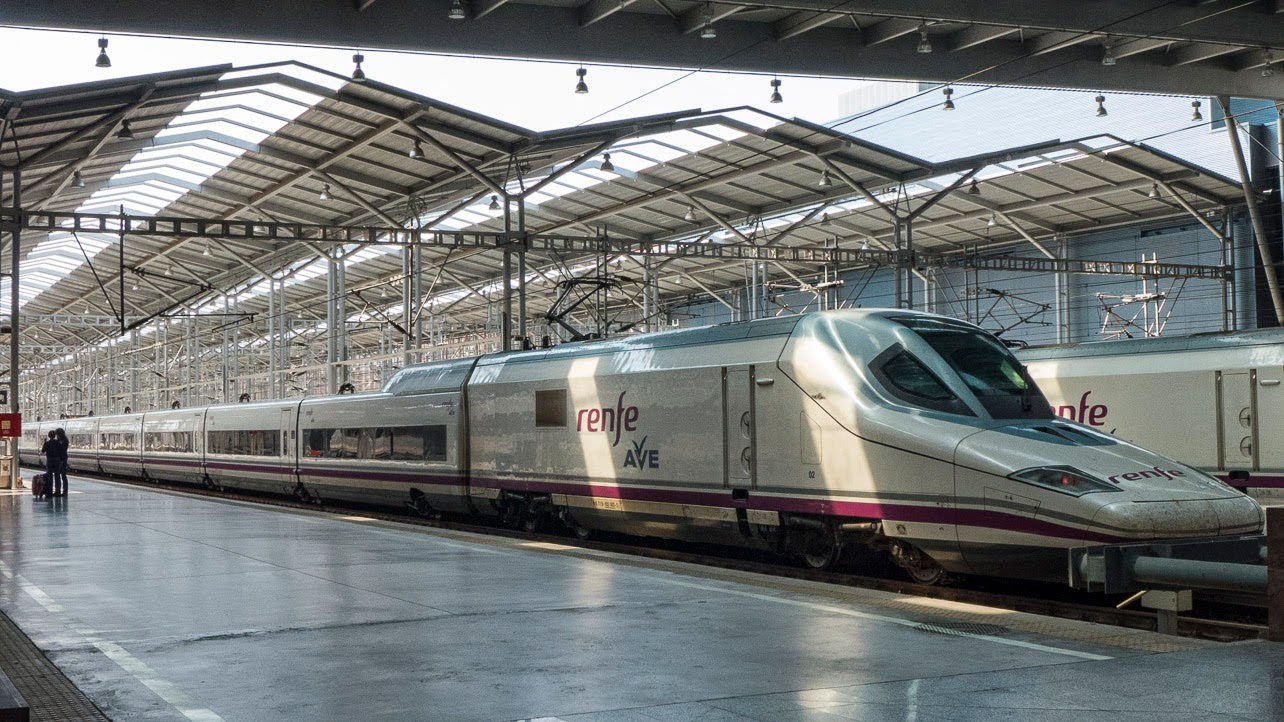