Well if I thought we had already done some tough hills I was sadly mistaken.  Today turned out to be the toughest day of the trip with five massive climbs as steep as 1:3.  The steep bits may not have been long but they certainly had me gasping and the quads burning; made even tougher by fully laden with panniers.  No support vehicle carrying our gear sadly!!  It turned out to be another hot day, which made the hills harder still. The day began famously with a red squirrel calmly joining us for breakfast on the feeders just outside the dining room window; brilliant!!!
First up was not even included in the itinerary and wouldn't be done if we hadn't spent the night in Alston. The initial quarter of a mile was flat and then we turned onto the cobbled hill through the market place and on out of the town continuing for a couple of miles.  Once warmed up it was downhill to the first 'biggie' the climb out of Garrigill; fortunately we were doing the road route or I would have been indulging in some serious pushing!!!  No sooner were we at the top of this climb than we had to deal with the suicidal 1:5 descent into Nenthead; I used to have brake blocks!!!  This is another case of heavy panniers being a disadvantage: gravity speeds the descent!!!  It was time for a drink in the village; in my case lucozade to try and give me some energy for the massive climb out.  Although I didn't resort to pushing on this hill, I did see some mountain pansies that had to be photographed!!!  Yet again I was grateful we were on the road route.  This climb took us over to the beautiful little village of Allenheads for lunchtime; sadly the pub was shut!!!!  In fact, we had several more miles to cover before we were able to obtain sustenance!!  Yet another huge climb out of Allenheads took us into the county of the Prince Bishops: Durham.  From this high spot on the 'Roof of England' came the superb descent towards Rookhope; steep enough not to need to pedal, apart from the odd turbo boost but not so steep that it felt like being tipped over the tops of the bars.  Just before reaching Rookhope, at the Lnitzgarth Arch it was time to go off-piste as we had to ride to Edmundbyers for our overnight stop.  The ride up from the valley at this point, up to the high moors once again was the ultimate killer climb of the trip for me and again, not on the official route, and once again had me 'photographing pansies'!!!  This was to be our final taste of the high moors, however, as from here we lost 1000 feet to the village of Blanchland, where the local pub served us wild garlic and potato soup, oh and beer!!  Both were delicious.  It was now only a short, mainly downhill ride, to Edmunbyers and the wonderful Punchbowl Inn for our final night's luxury accommodation.
Wildlife highlights of the day include the curlews again and joined today by lapwings displaying and the grey wagtails we watched in Allenheads.  Interestingly daffodils were still in their prime in these high Pennine villages. 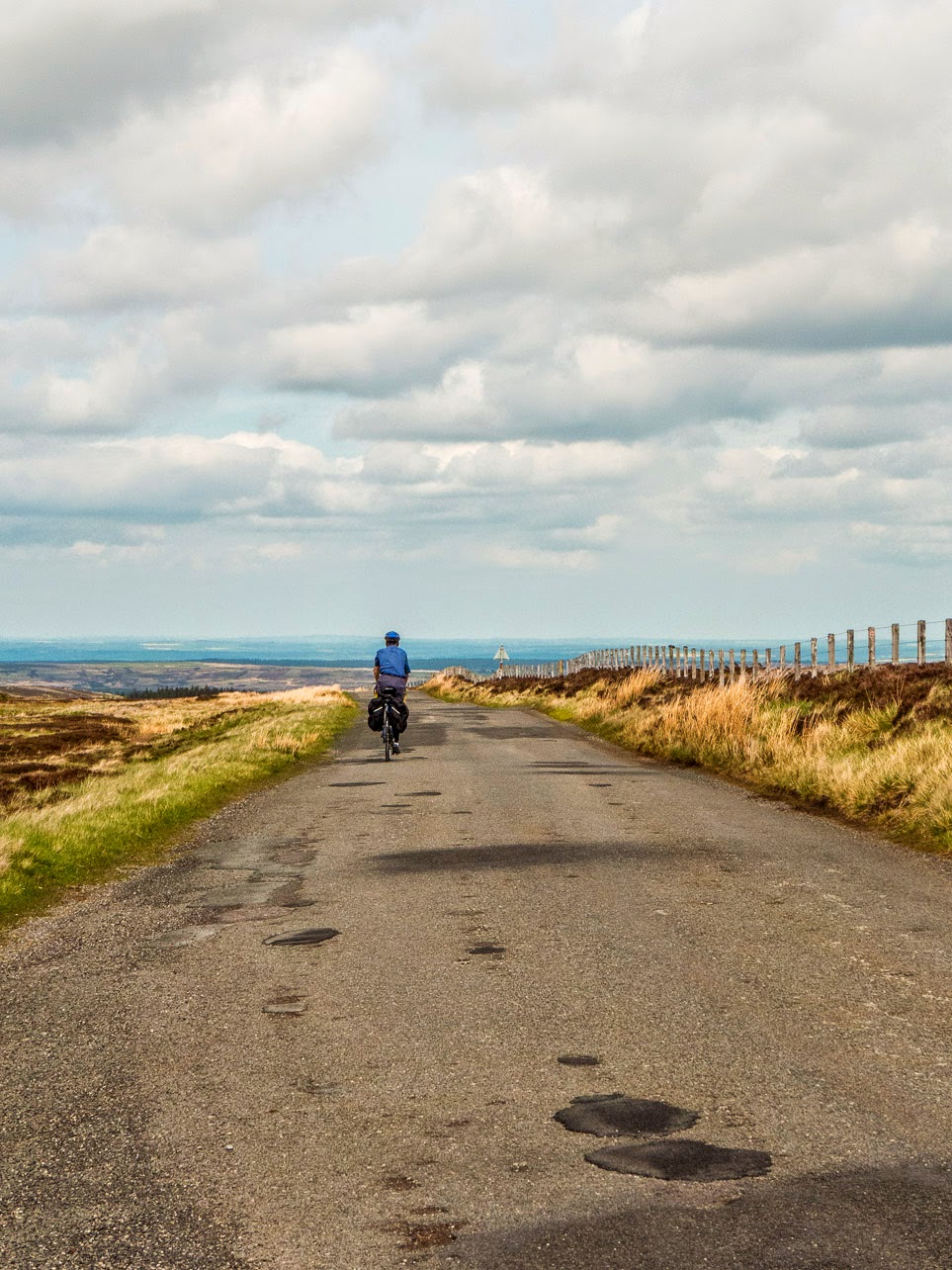