Although, it didn't seem five minutes since we had arrived, it was already time to move on to Cannich at the entrance to Glen Affric, ready for Peter and myself to do our three day backpacking expedition of the year into the beautiful wilderness of Glen Affric and the Benula Forest.  When we were perched high up on our first summit yesterday, overlooking Glen Affric and countless mountains, it was comforting to think that however built up this overcrowded country becomes, it will be a long while before Tesco build a store up here!!

Packing went well in the continuing dry conditions and just before we left I was tempted by a quick trip round the head of Loch Duich for some photographs of the Five Sisters of Kintail.  On returning to the site it had just begun to spit with rain, but it was just a matter of hooking up and setting off on our journey.  We left at 12.00 sp stopped for our pack up just before reaching Loch Ness.  The journey was very quick, being only 70 miles and we were soon pulling into the quiet site at Cannich and were soon set up once more.

After a cup of tea, Heather and I decided to drive down Glen Affric to where Peter and I were to be dropped off.  Glen Affric advertises itself as the most beautiful  glen in Scotland and well it might be.  Even in the cloud and occasional rain the scenery was superb: silver birches just coming into leaf, last year's bracken still glowing with warm reds and golds, stately Scots Pines and belwo the roard through the trees the loch glimmering blue.  The damp meant the colours were well saturated.  On our way back we surprised a pine marten who stopped looked at us and then scampered back into the trees.  What a magnificent animal: warm rusty red with a thick bush of a tail spread out behind it.  Fabulous.

Once back at the site, all six of us were able to congregate in Peter and Linda's static van for an evening meal of Pizza. 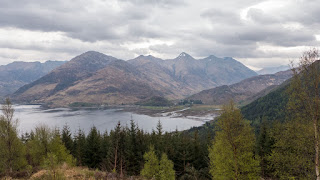 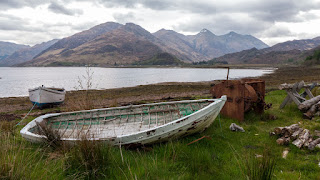 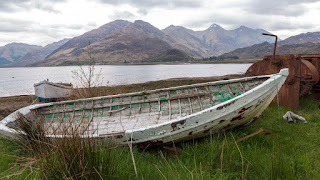 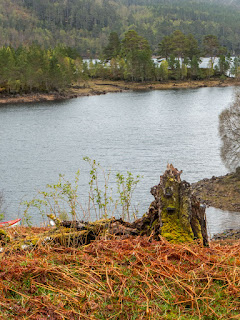 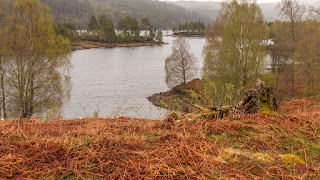 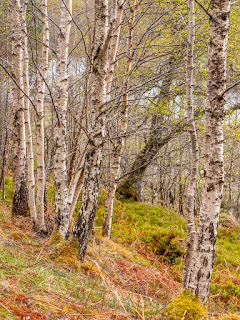 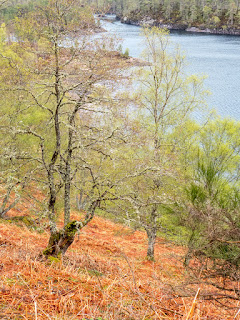 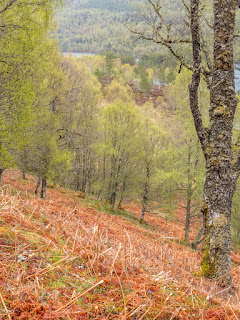