The Annual Visit to the Seals at Donna Nook on the Lincolnshire Coast.

Despite having only just returned from Seville, I decided to pay a visit to Donna Nook to see the seals while the weather was still sunny.  As it was I nearly left it until too late in the day and the light went shortly after I arrived.  Nonetheless it was a good visit and, as always, I thrilled to the haunting, wild, sounds of the seal colony as I walked over the dunes from the overflow car park.  As well as the seals there was a large flock of brent geese out on the marsh and flocks of lapwing tumbled and wheeled overhead.  Across the estuary, Spurn Lighthouse is encased in scaffolding as it undergoes a £47,000 restoration that will enable it to be opened to the public.  Near to hand were the seals of the dune colony and further out those of the beach colony.  So far this year 120 pups had been born on the day I visited (Thursday 12th November). 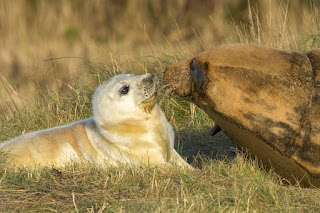 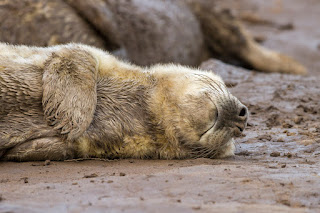 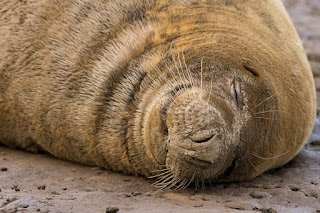 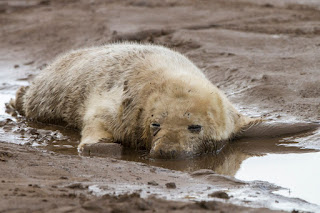 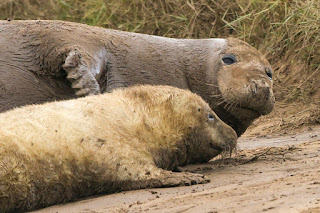 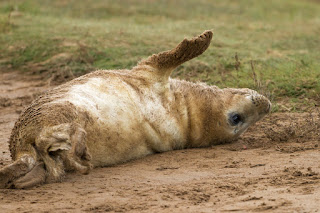 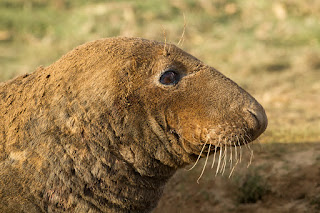 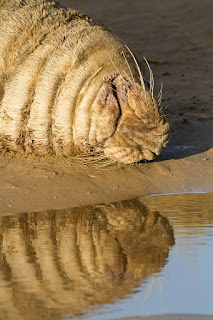 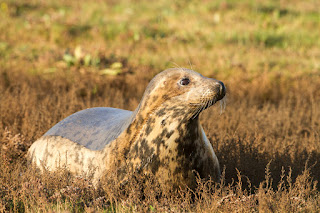 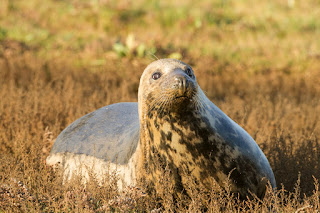