Lake District, Day 6. On the Edge.

There was a linnet perched on gorse right by the edge of the road so I stopped quickly, Heather passed the camera and a few clicks later it was on the card.  A good start to our first visit to Walney Island.  Another half a mile down the road we arrived at the car park to be greeted by Peter and Linda.  We were quickly organised and then set off on a circular walk around the peninsula.  It was an other worldly place, one very much on the edge.  There were excellent views along to the lighthouse and across Morecambe Bay to Heysham powe rstation and, in the distance to the south, we could see Blackpool Tower.  Inland, across the estuary was Piel Island with its castle and beyond Roa Island and the lifeboat station.  In the distance to the north west loomed the mountains of the Lake District.  It was sunny but with a cool wind, although later it became quite warm and we felt over-dressed.  As well as linnets we found sand martin, wheatear, meadow pipit, skylark, oystercatcher, mallard, cormorant and on the shoreline and in the lagoons of the oyster farm eider duck, the males displaying with their head thrown back cooing.  On the estuary were ringed plover and a dunlin in summer plumage.  On our way home we called in at Thomas's for fish and chips and then on to Windermere for a sunset shout over the lake with the Crinckles, Bowfell and Langdales beyond. 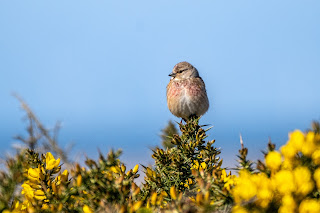 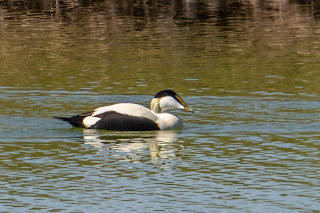 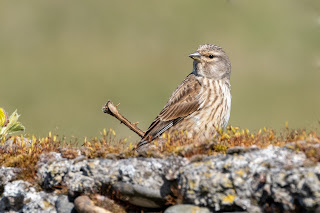 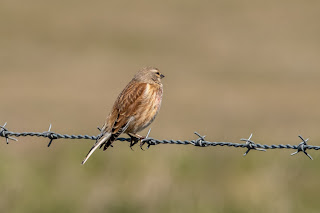 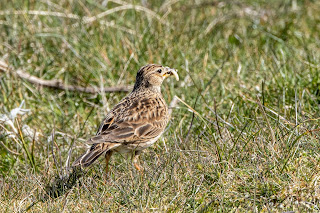 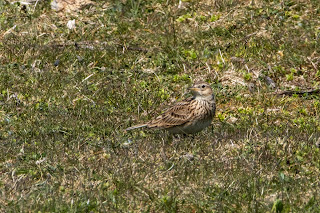 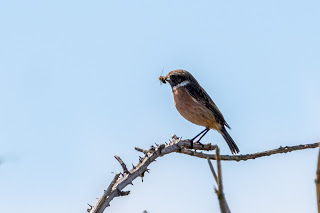 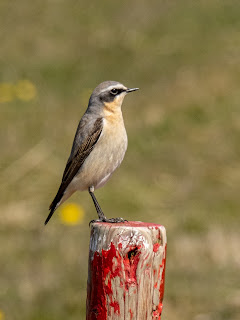 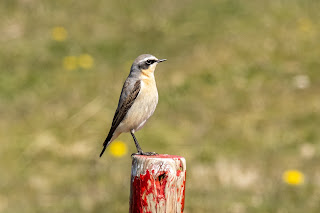 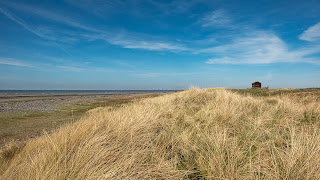 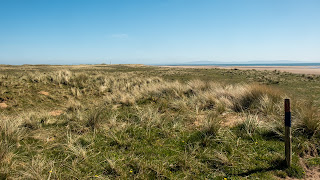 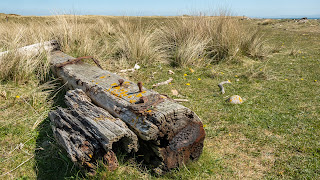 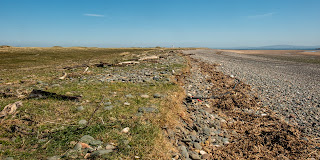 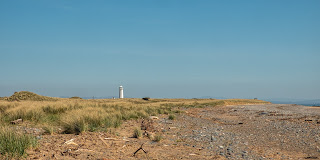 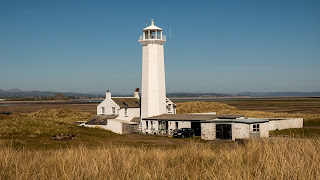 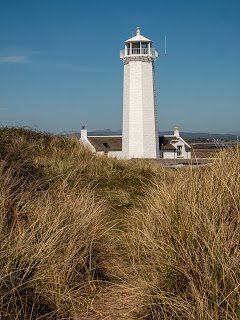 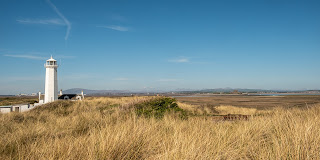 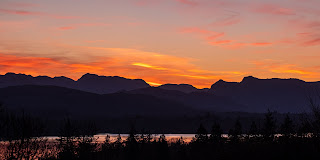