An Exciting Morning on the Patch

At 15C it was pleasantly warm this morning with mixed sun and cloud and a southerly wind.  As I walked through the houses towards the hole in the fence by the lock-up garages, I was interested to see starlings feeding clamorous young.  There was also a crow making strange sounds and I wondered if it was a young bird begging for food.  I was full of anticipation as I knew a sedge warbler had been heard calling on the approach to the Horsefield and a garden warbler singing in one of the hedges.  In the event I connected with neither of these.  I followed my usual route around the Horsefield and Dead Wood and, at last, there was quite a bit of bord activitiy.  I found 4 singing male blackcaps on the Horsefield and two in the Dead Wood.  On the Horsefield there were 3 singing whitethroats.  In the Dead Wood I found two bluetits possibly attending nests.  At first there were few butterflies around but as the morning warmed up more appeared.  As I was about to leave the Horsefield and head for home and lunch, a bird popped up onto the bramble hedge.  At first I thought stonechat but quickly rejected this idea and then thought wheatear but when I examined to images closely it was a stunning male whinchat.  A first for the site, for me at least.  Whinchats are summer visitors, wintering in Africa.  The Horsefield would be suitable territory so hopefully it will find a mate and stay to breed rather than just moving through.

With the recent rain and warmer weather things were feeling more springlike and the air was heavy with hawthorn and rape blossom.  Interestingly cow parsley or Kexy is well in flower now.  Last year hawthorn flowered as the blackthorn was finishing and was over by the time cow parsley flowered.  This year they are flowering together. 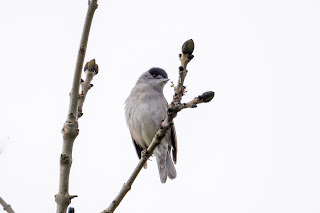 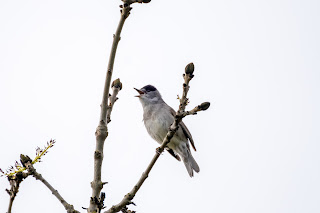 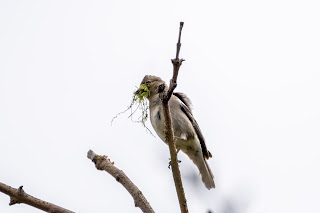 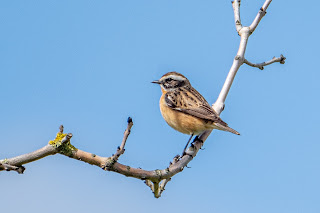 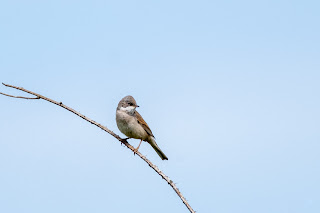 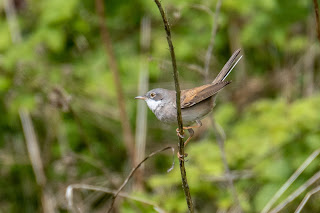 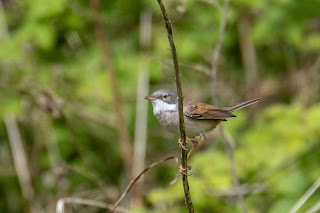 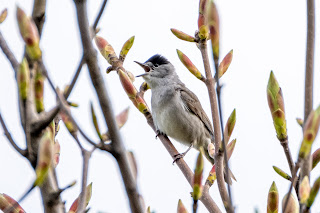