Gasping for breath I finally breasted the top of Ashy Hill - well half way up as far as the roundabout.  I was surprised and pleased to see that Heather had made it up without climbing off.  It was the first time out on the bikes for nearly 8 months and boy didn't I know about it!!  My heart rate on Ashby Hill shot up to 161 when my maximum should only be 150.  If the hospital check tonight's heart data down load tomorrow they will wonder what I have been doing!!  I used to breeze up Ashby Hill as a matter of course on a daily basis on my way to work, but never have I found it so tough.  The only way can be up!!

We had ridden from home through Waltham and were next heading along Barton Street for a mile or so before dropping down off the Wolds into Grainsby Park.  Here we turned off road onto the bridleway to Ashby Cum Fenby to have our picnic lunch at the spot where we had found early purple orchids last year.  I hadn't realised that I found them in prime condition on the 19th April last year so they were looking a tad tired.  Still they made some pleasing images and it was good to see them.  I enjoyed experimenting with the 80mm macro lens with the 1.4 converter attached as well as a wide angle shot.  There was a good display of cowslips here as well.

By the time we reached home my rear end knew that it was the first ride after 8 months!!! 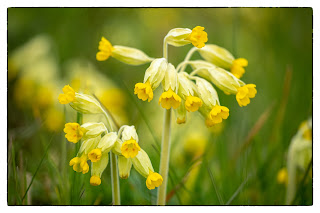 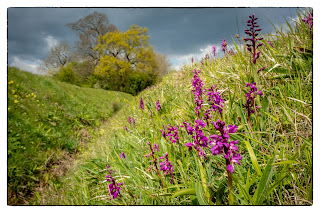 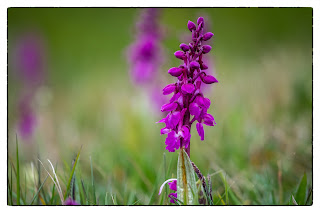 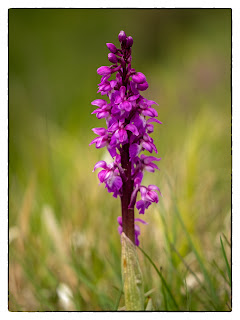