A Wonderful Days in Whitby. Day 1

As my brother, Peter, had found a really good deal at Whitby Youth Hostel, we decided to join him and Linda for a three night break in one of our favourite spots.  We were loaded up and breakfasted faily quickly and soon on our way, although narrowly avoiding a disaster.  We needed a fill of diesel so called in to our local filling station on the way.  I had just started to put fuel in when, to my horror, I realised it was petrol.  Fortunately I had only got £0.70 worth in so disaster was averted.  Other than that the journey went well with a stop for coffee at a favourite tea room on the Lincolnshire Wolds.  The further north we got the better was the weather until, when we arrived in Whitby, it was full sun.  The youth hostel is next door to the magnificent Whitby Abbey and provides free tickets.  Peter and Linda were already inside the abbey grounds so we grabbed our pack up and joined them.  The light was brilliant up on the headland above the harbour and we managed to get some good photographs.  Next it was time to potter down into the town for some more photographs as twilight approached.  Later on The Magpie called and after an aperitif we enjoyed the usual excellent fish and chips.  After a post prandial pint back at the hostel it was time for an early night and dreams of tomorrow. 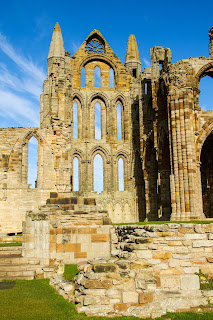 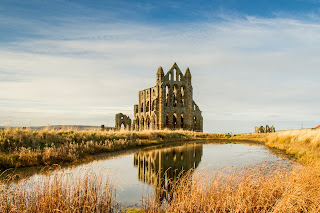 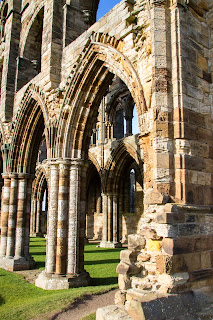 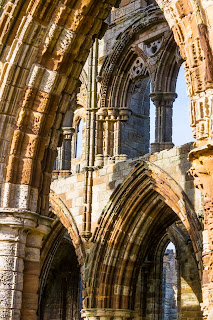 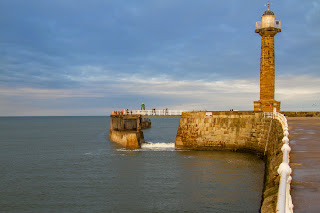 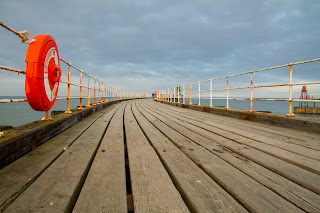 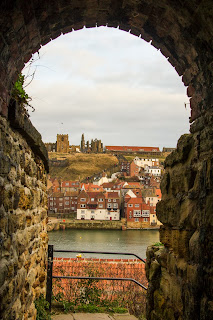 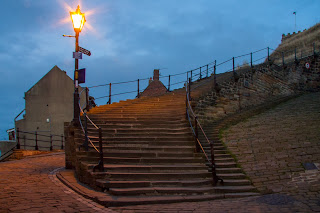 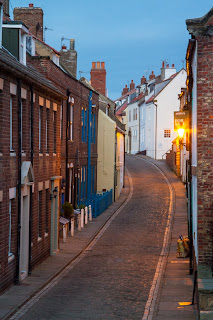 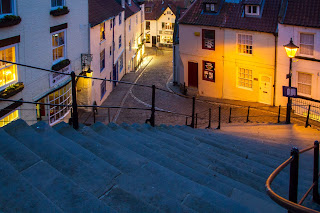 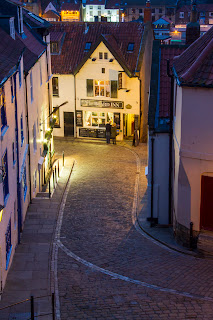 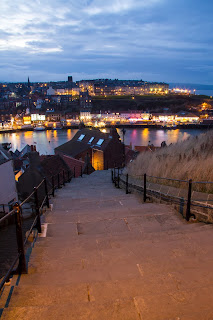 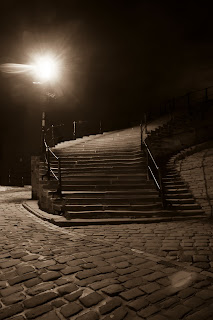 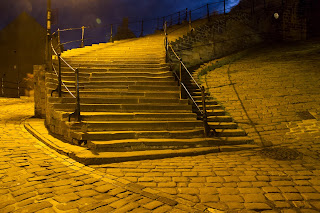 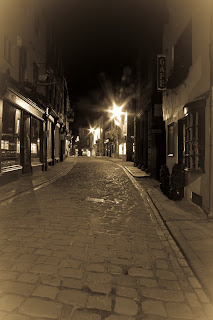 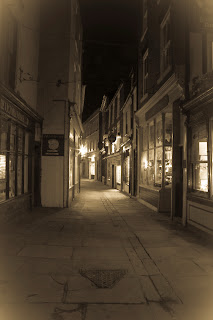 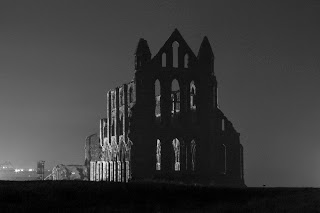