A Windy Morning at The Fitties.

As the weather forecast was not good for this afternoon, we decided to take Jet for a walk this morning instead and the destination was the beach at Humberston Fitties.  Fitties is an old local word for saltmarsh and the Humberston Fitties was one of a string down the Lincolnshire Coast.  The area was developed as a holday camp with chalets during the 1930s and 40s.  Immediately south of here is Tetney RSPB reserve, a huge area of salt marsh, lagoons and mudflats.  It can be an excellent spot for bird and landscape photography.  This morning, however was very breezy and the initial clear skies soon clouded over as rain approached from the south.  Fortunately we have been spared the horrendous gales and tidal flooding of the south coast.  It was fascinating to see how much scouring of the beach and sea defences was caused by the tidal surge and gales of early December.  Not so long ago the groynes were nearly buried in sand, now they stand well proud of the beach.  We enjoyed watching the large mixed flocks of waders as they wheeled, smoke-like, above the marsh with the larger brent geese  in their v-shaped formations; a curlew called hauntingly as it felw over.  After taking one sunlit photo looking out to sea, the cloud moved in, the wind picked up and the beach was swept by a sandstorm.  Time to move on a to the yacht club.  As the high tide receded waders and geese returned to the feeding grounds.  Birds present included curlew, oystercatchers, redshank, knot, dunlin, bar-tailed godwit and brent geese.  On the lagoon behind the car park we came across the local flock of barnacle geese with the single snow goose hybrid.  These birds are only semi wild and spend much of the year on the boating lake in Cleethorpes.  We walked along the sea bank which backs the marsh all the way down the coast until we reached the spot where it had been breached in the storm of December 5th.  There used to be a badger set in the bank at this spot and, presumably, their excavations had weakened it.  It has now been repaired; I just hope that the badgers survived. 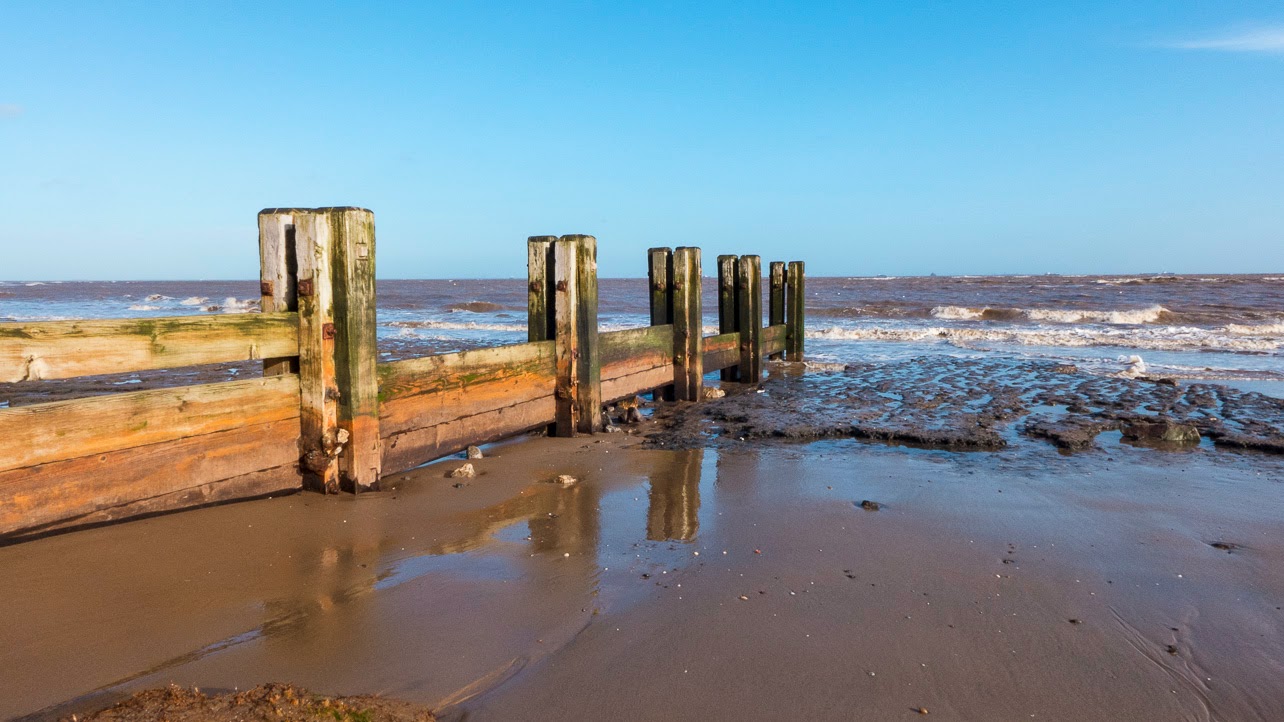 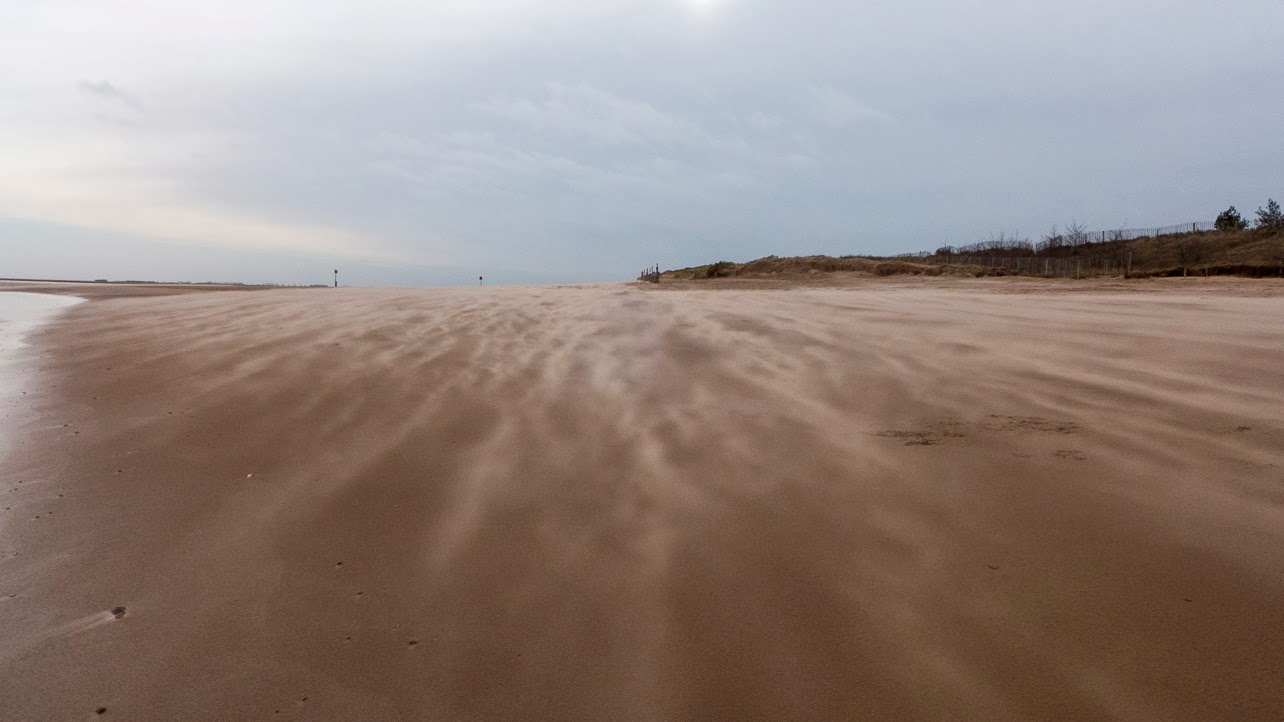 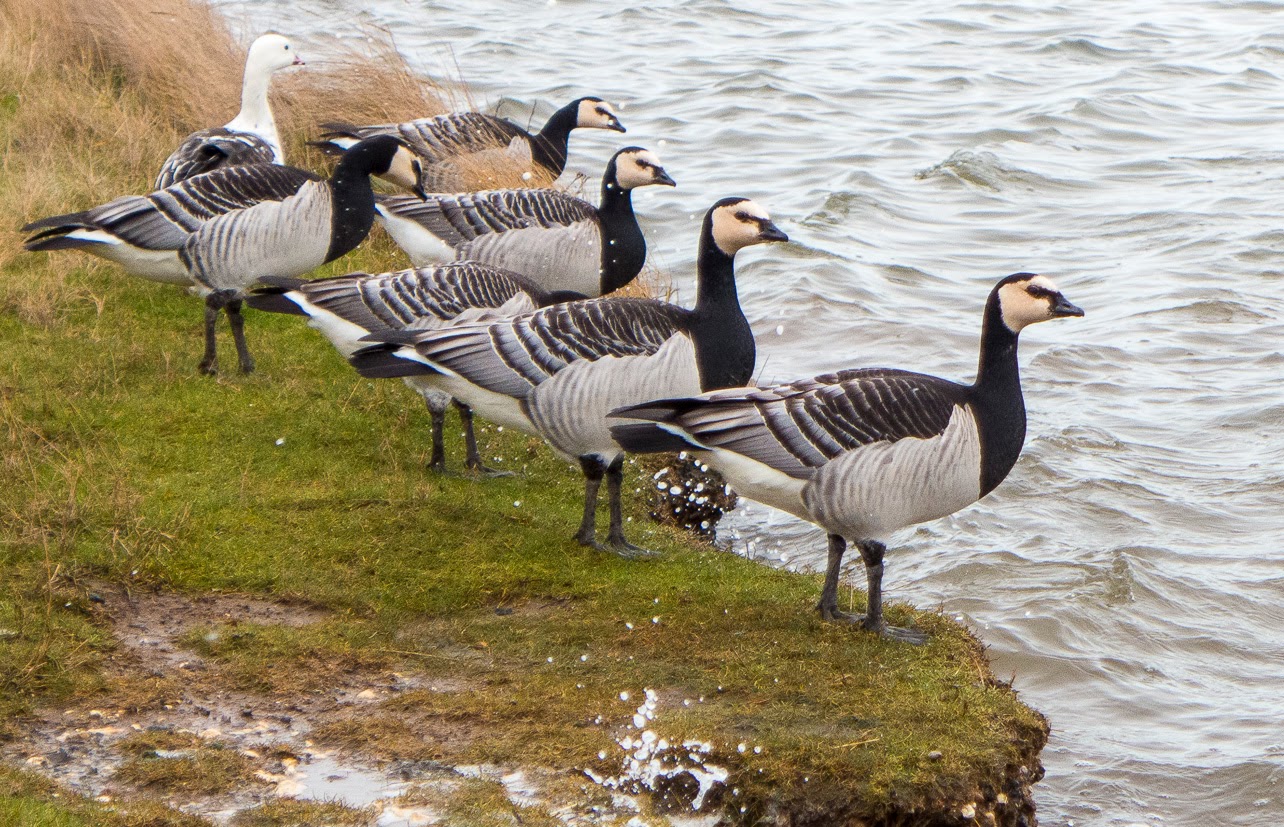 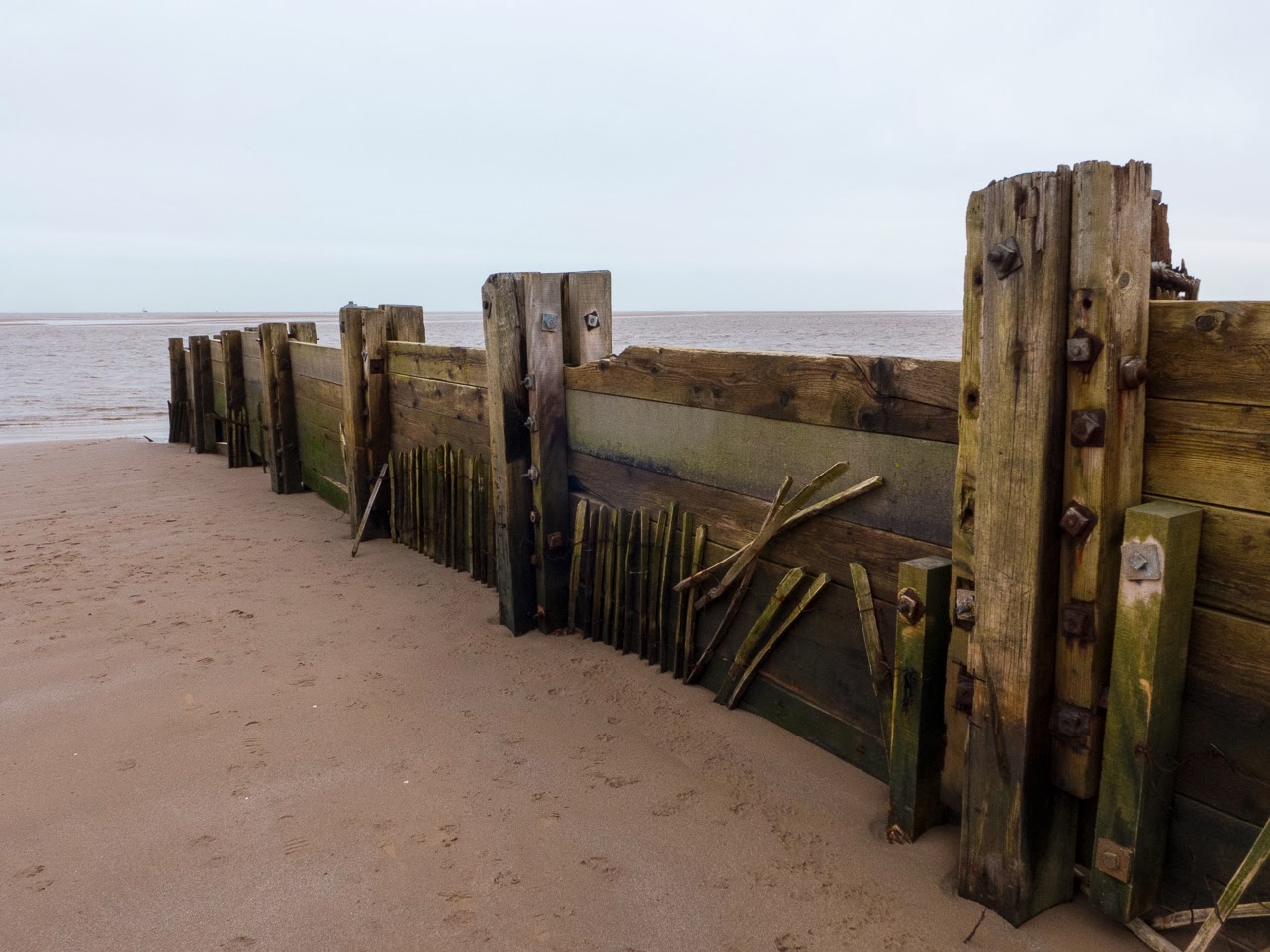 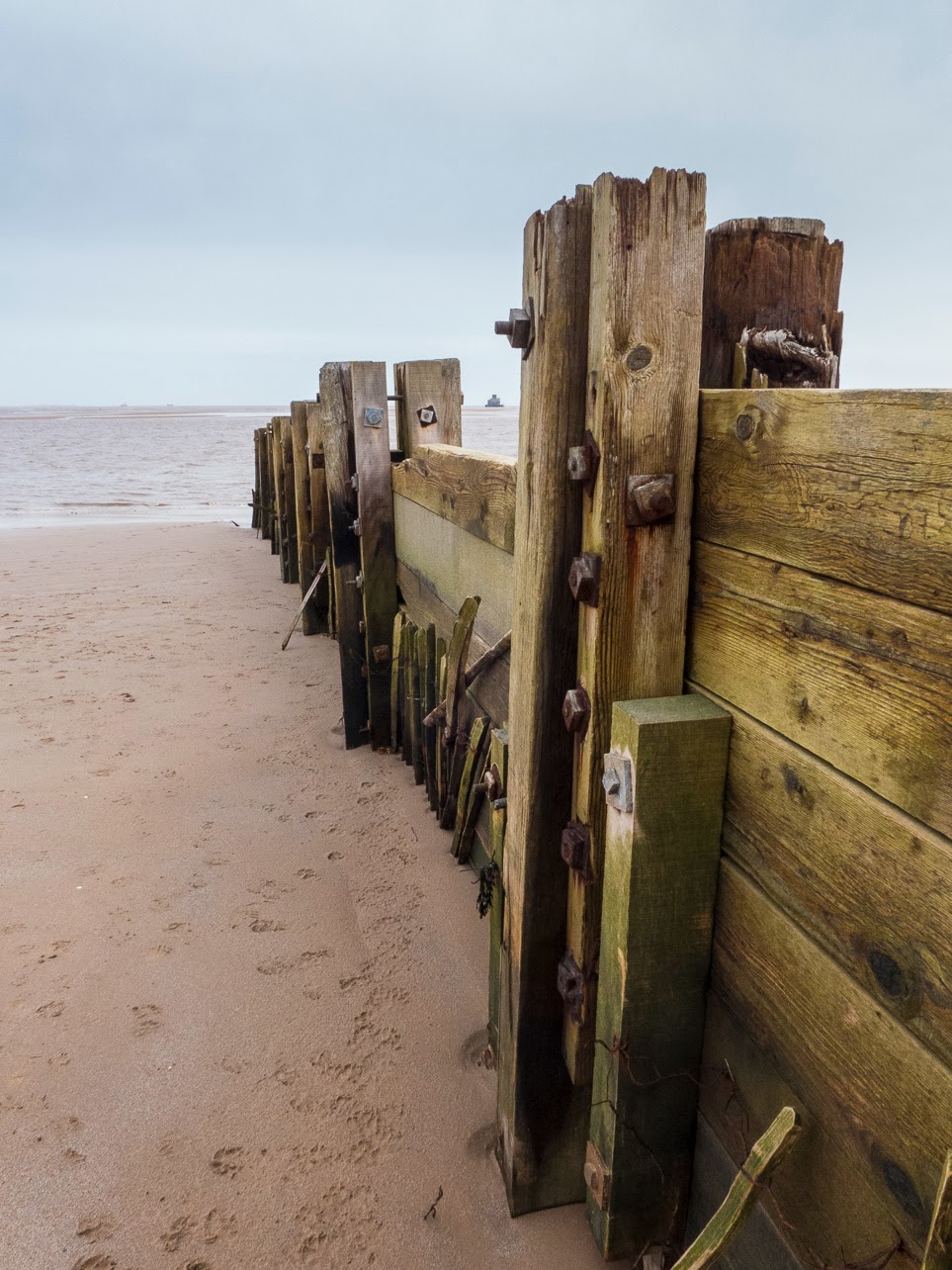 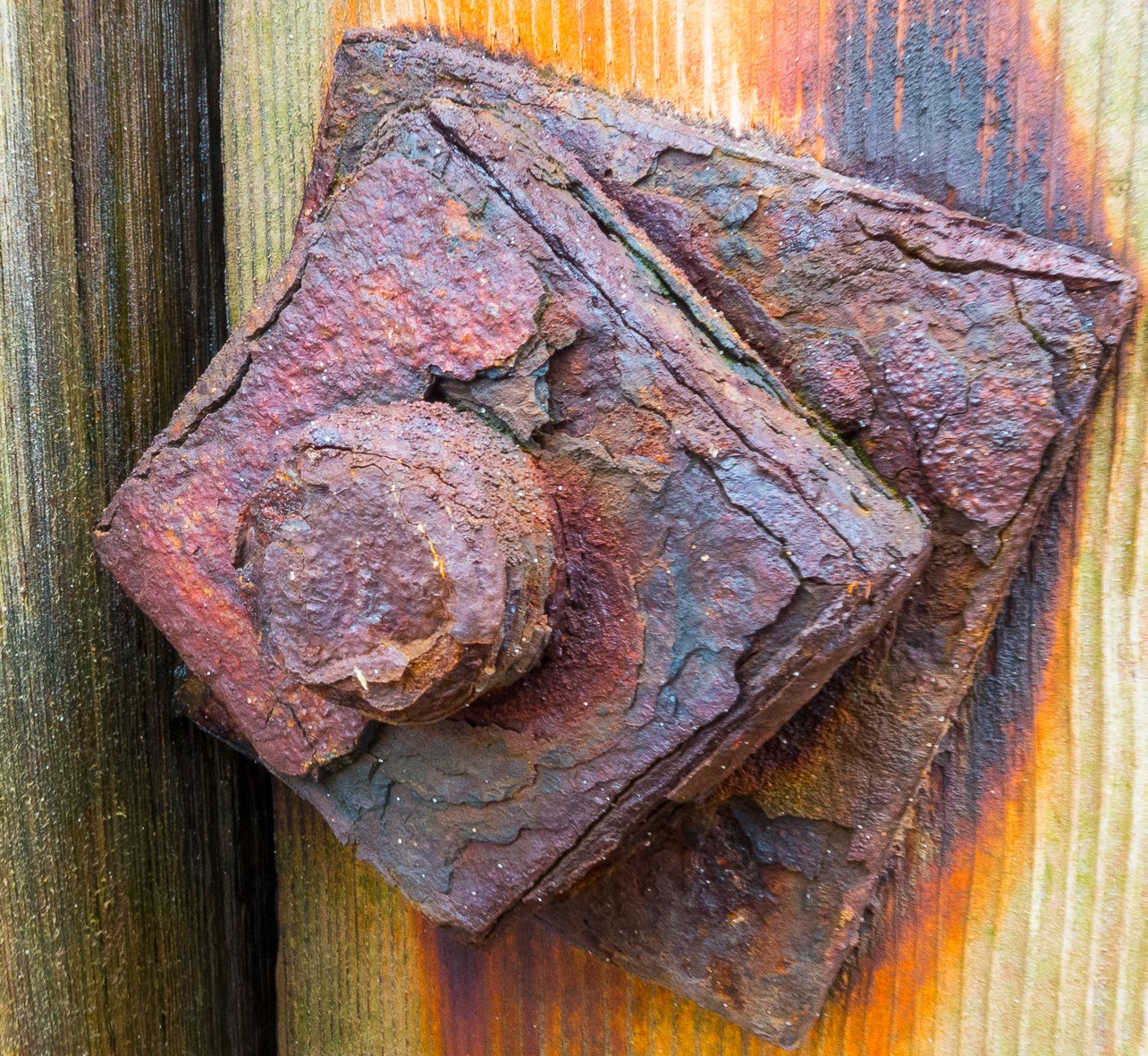 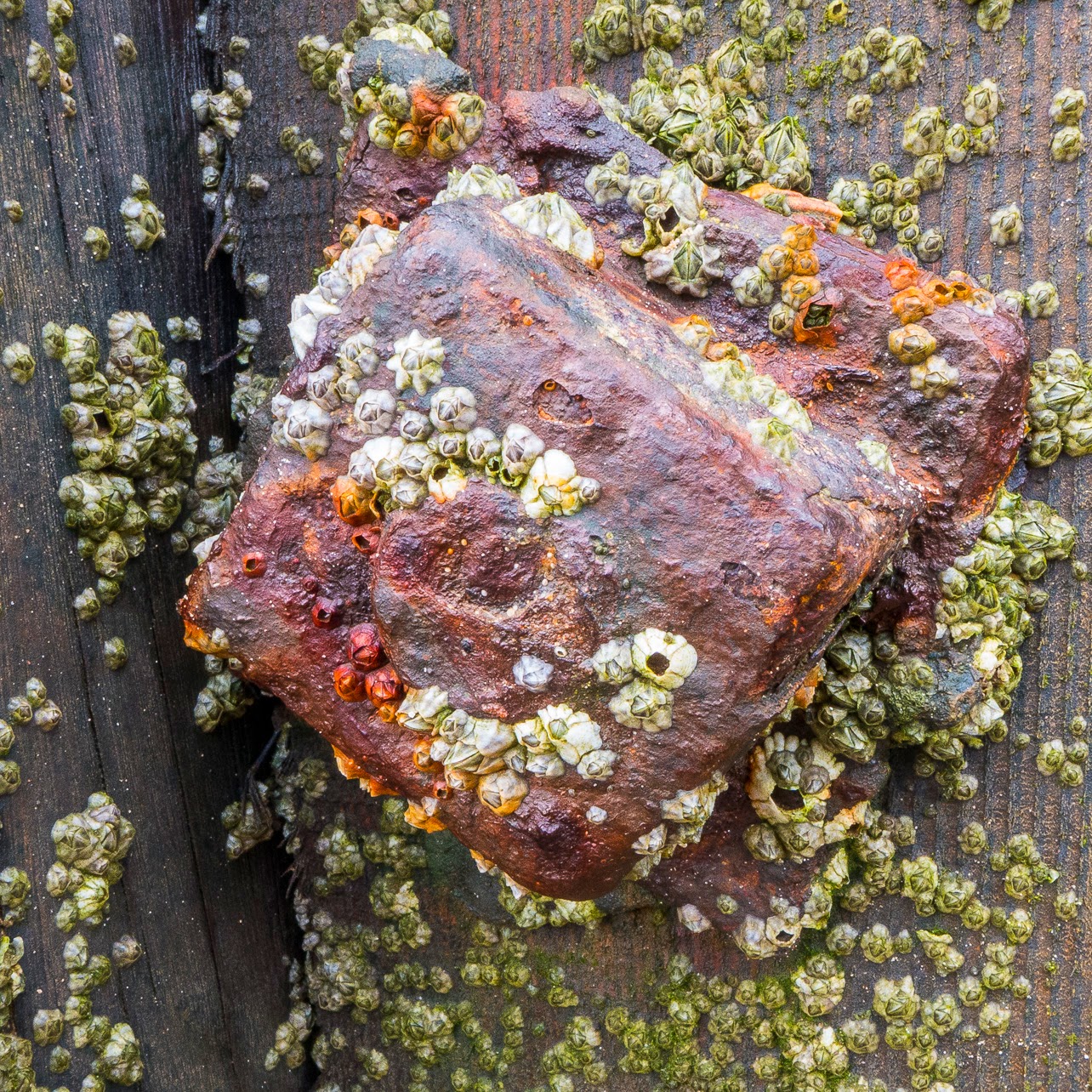