A Sultry Walk Around the Horsefield

Although it was a dull and threatening afternoon and rained later in the evening the day was warm and humid at 22C.  I hadn't been around the Horsefield for some days so set off to see what was about.  To me the land seems bone dry.  Despite a lot of rain at the beginning of the month it hasn't rained now for over two weeks and has been unrelentingly hot.  I was amazed at how much the vegetation has grown up; I have never seen things so overgrown.  Earlier rain and then high temperatures have produced an explosion in plant growth.  The freshness has gone now, though and things are beginning to look dried up, perhaps 'back-endish'.   Although I didn't make a detail count, there were a lot of whites about, mainly large and small and a few green-veined.  Gate keeps were also around in large numbers and there were good numbers of ringlet and meadow brown.  Amongst large numbers of small skippers I found 2 essex skippers.  I also saw 1 small heath, 2 small tortoiseshells and 1 common blue. 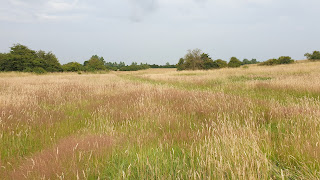 View to show the black tips to the antenna of essex skipper.

View to show the black tips to the antenna of essex skipper. 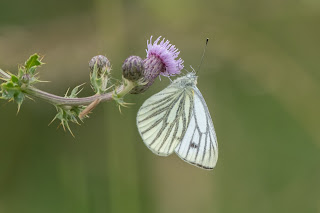 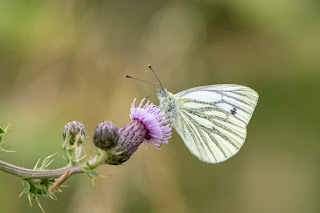 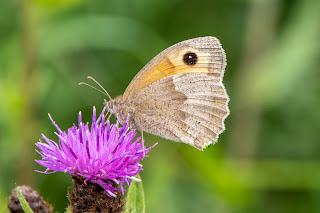 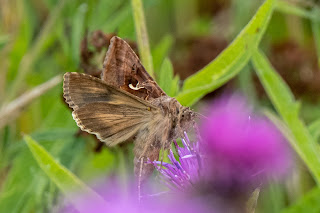 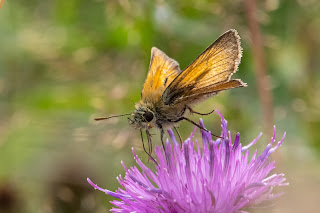 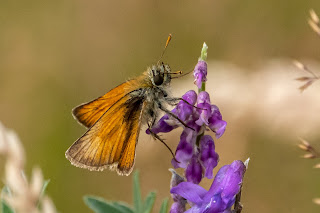 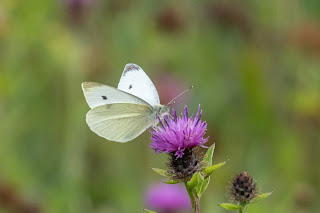