We were up fairly briskly again today to a hard frost.  Breakfast soon over, we headed down the M6 to Galgate where my brother and his family had rented a cottage for a few days. We arrived nicely in time for coffee and cake and for the main event, our 1 year old great niece, just up from her morning sleep.  Apparently she had actually been up since 3.00!  Those were the days!!  The morning was spent Sophie worshipping and then we drove the short distance to the Stork Inn on the banks of the Lune Estuary from where we walked into Glasson Dock situated at the end of the Lancaster Canal.  From the canal basin was a sea lock which allowed exchange of goods between canal and sea transport.  The walk along the estuary was fascinating with excellent views into the Lakeland Hills, especially the Coniston and Langdale Fells.  Bird life was prolific with curlew, redshank, oystercatcher, egrets and flocks of wildfowl  too far away to identify.  The song and calls of curlew echoed over the marsh proving the usual thrill.

On returning to the car we drove round to the sea wall for the expansive views across Morecambe Bay to The Lakes and Barrow in Furness.  We timed things perfectly for photographing the small Plover Scar lighthouse against the sunset.
Later in the evening were excellent views of the Milky Way again.
Please click on a thumbnail to view the images. 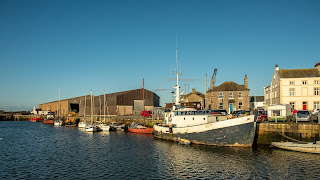 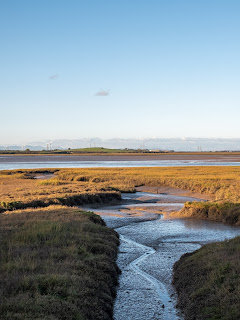 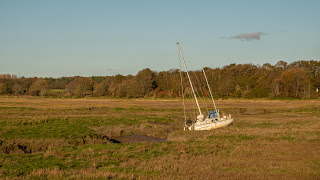 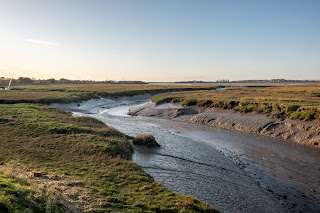 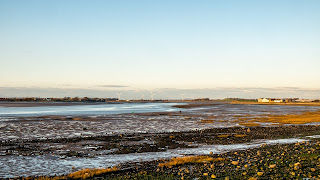 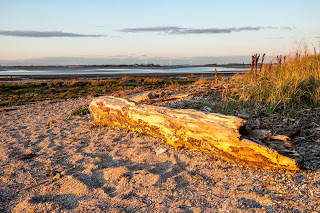 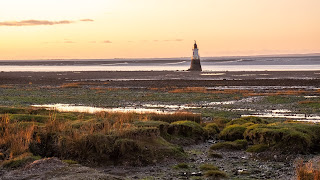 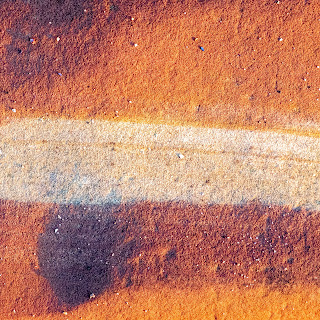 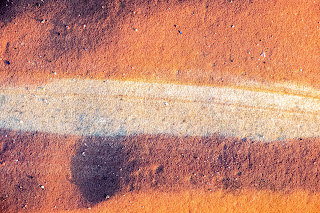 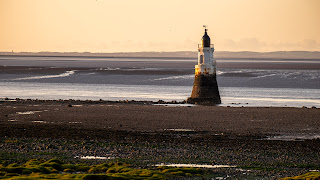 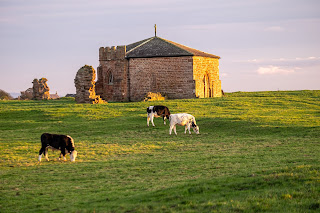 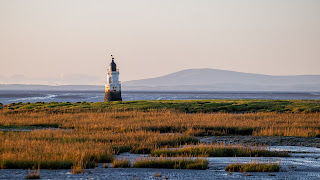 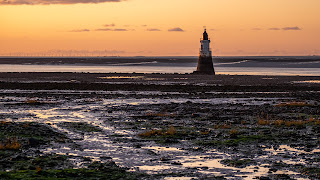 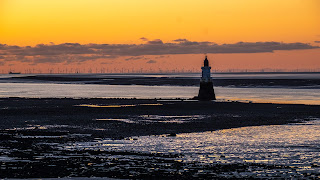 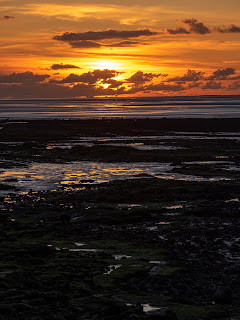 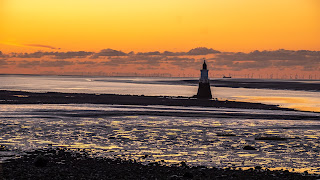 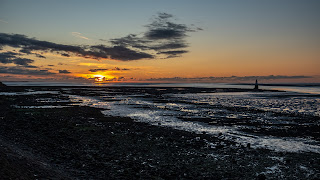