I Finally Catch Up with the Woodland Burial Ground Jay.

Although the weather was showery I decided to make a foray to the cemetery with the big lens.  I nearly came unstuck, however, as I assumed it wouldn't rain so only went out in my down jacket and no cover for the camera.  In the end I did get caught out in a couple of showers and had to take shelter beneath trees.  I was really pleased, though, to catch the regular jay unawares and managed to get some photos.  I was really pleased as, being members of the crow family, they are very wary and suspicious birds.  Perhaps also as they are regarded as pests by the farming and shooting communities and shot as vermin.  A shame, as they are such beautiful birds with their dusky pink colouring, startling white rump and iridescent blue wing patch.  I was also pleased to later photograph a long tailed tit and I noted that some hawthorns are now coming into leaf. 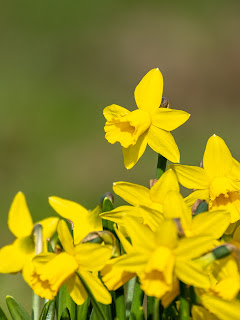 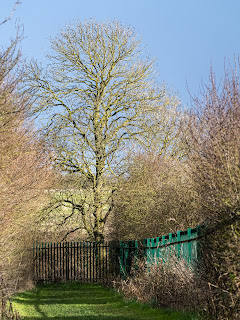 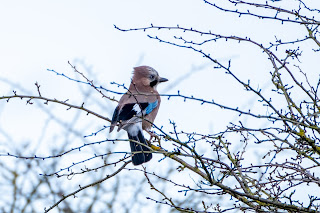 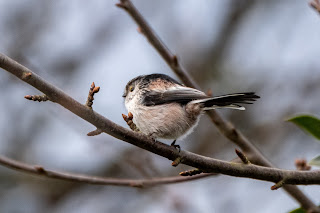