I was filled with pleasurable anticipation as I turned down Carr Lane at Bonby, near Brigg in Lincolnshire and headed towards the River Ancholme to one of my favourite Lincolnshire bird photography locations: Bonby Carrs.  There is nothing remarkable about this spot other than its remoteness, set in the Ancholme Valley between the northern ends of the chalk of the Lincolnshire Wolds and the magnesian limestone of the Lincoln Edge.  Its remoteness is the appealing aspect for me.  It's not often in this busy world where you can sit eating your pack-up and the only sound is that of the birds.  It is far enough from any road that there is no traffic noise whatsoever.  The lane is unremarkable, with agricultural land on one side and occasionally flooded grazing meadows on the other.  It is these grazing meadows, all the way down to the Ancholme, that make it attractive for birds, many of which, in spring, sit on the fence posts singing and displaying.  As well as residents it is a good spot for migrants such as wheatear, yellow wagtail and warblers.  It is also a good location for raptors with buzzards, kestrel and barn owl resident and short-eared owl often present during the winter, while marsh harriers often drift through.  It is the only recent location that I have come across English grey partridges (I actually found a pair today but they didn't co-operate for the camera) and I even found a long-eared owl down here a few years ago.  The River Ancholme at the end of the lane adds another dimension.  The technique for bird photography down here is to use the car as a hide and birds are then reasonably confiding. 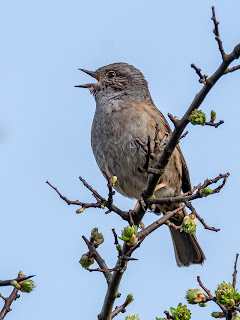 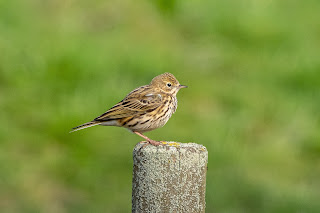 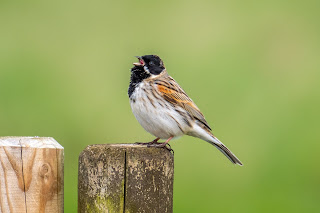 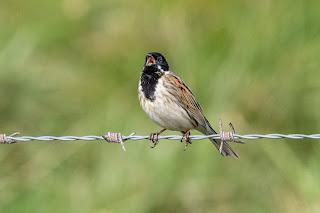 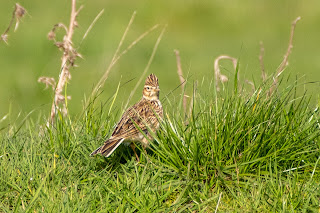 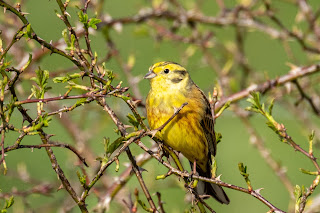 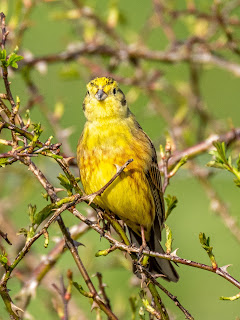 Yellowhammer
On my way home I decided to drive round by Cleethorpes Country Park to see whether the great crested grebes were around.  Grebes are quite reliable for breeding here and I have previously photographed them displaying and I was not to be disappointed today.  As soon as I arrived I found a single bird and then saw a pair displaying.  A fellow nature photographer said there there was one pair and two single birds and he hoped that they were going to nest in reeds on the edge of the island so safe from disturbance by dogs and fishermen. 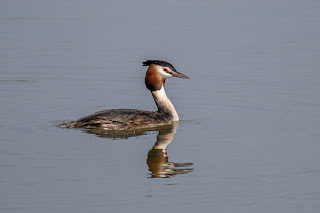 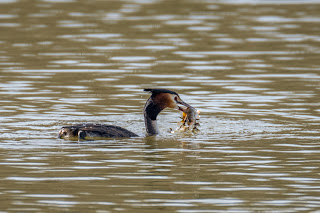 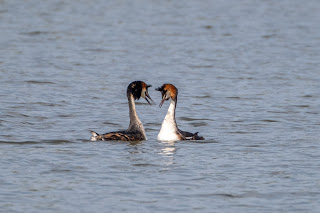 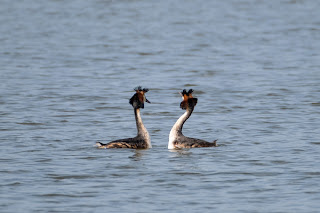 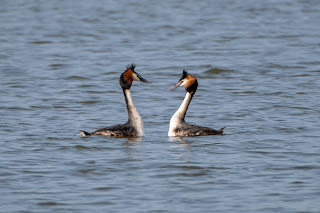