We were away from Braemar in reasonable time today in lowering cloud.  As we crested the Cairnwell Pass it was brighter further south, but cloud stayed with us most of the day until we reached the far north west.It was a long journey, made worse by the fact that we had to first travel south to Dunkeld  in order to get round the Cairngorm massif before heading north on the A9.  Once north of Inverness and the turn off to Ullapool at Garvie, the weather began to brighten.  The countryside became more and more wild and remote, the only habitation of any size between Inverness and Lochinver being Ullapool, 40 miles away.  As we reached Lochinver we turned off onto a single track road and, then for the final mile and a half an even smaller one.  Our site is probably the most remote we have ever stayed on:  there are a few small tents, a couple of small campervans and us!  We have a magnificent view out to sea from our caravan and Suilven looms to the east with its head poking above the surrounding small hills.  The site is on the edge of a rocky shore on one side and on the other the most wonderful crescent of gleaming white sand and turquoise sea, the colour you expect to see in the tropics.  What a stunning spot.  After a short explore, though , it was time for tea and an early night. 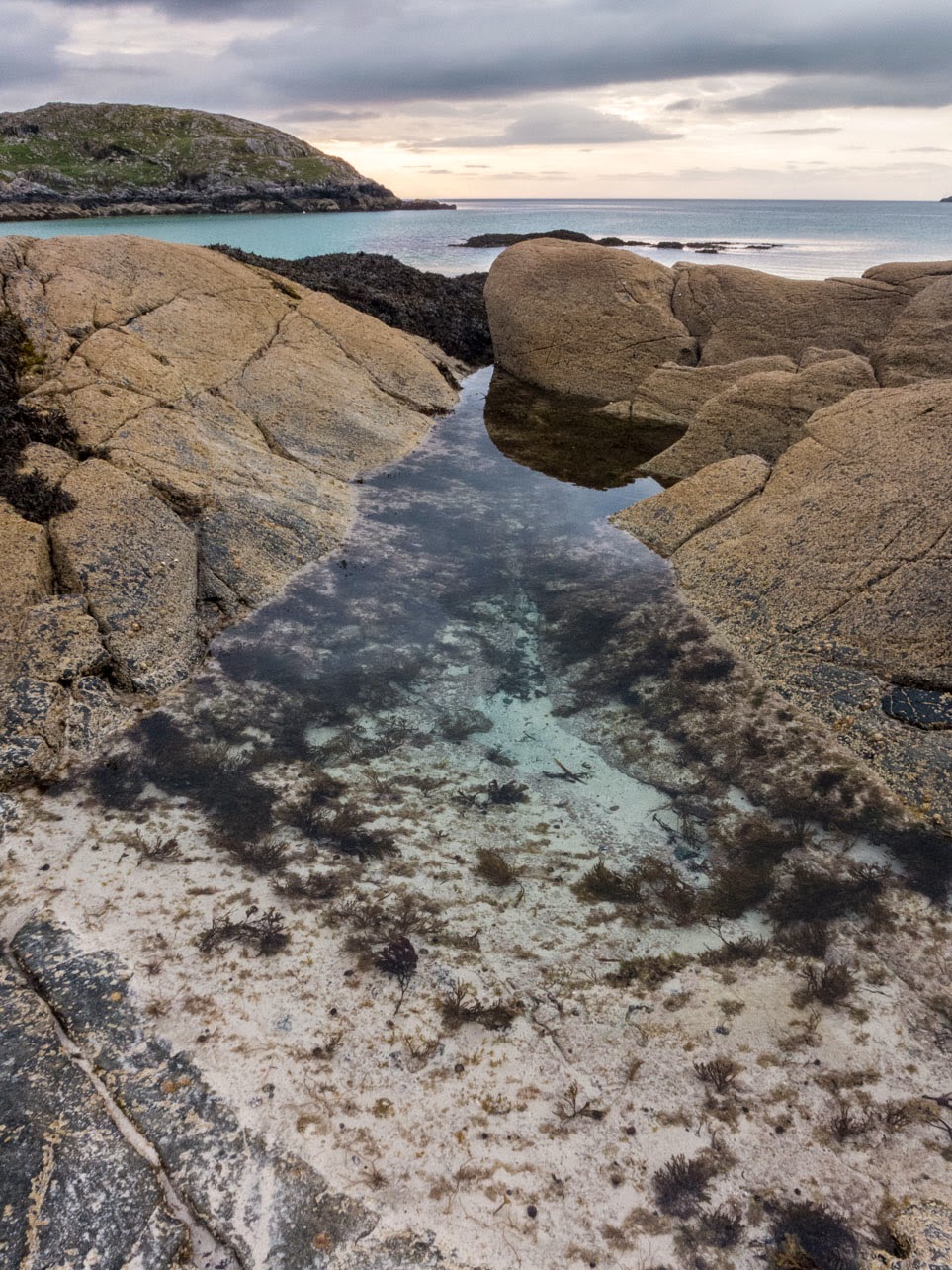 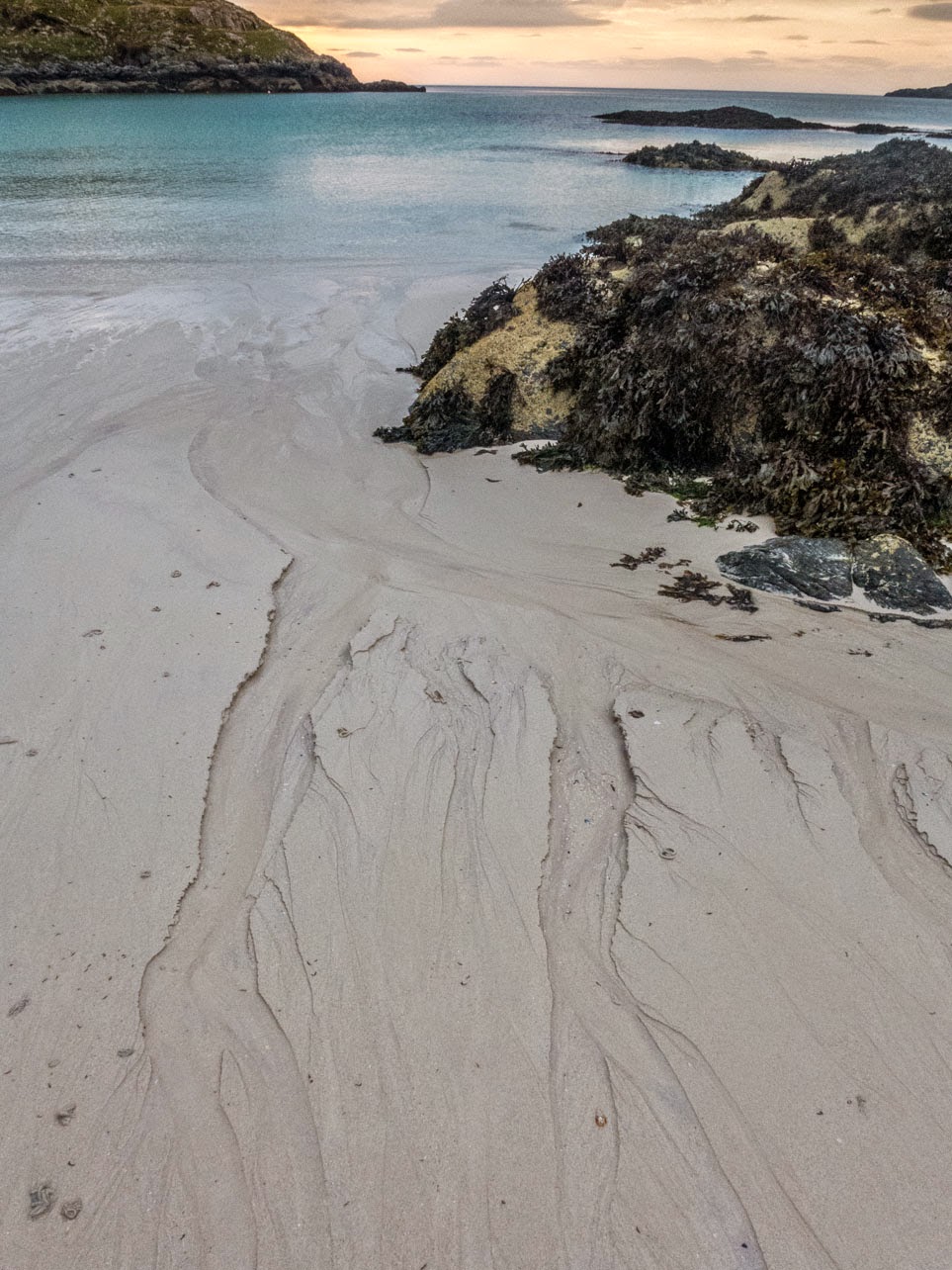 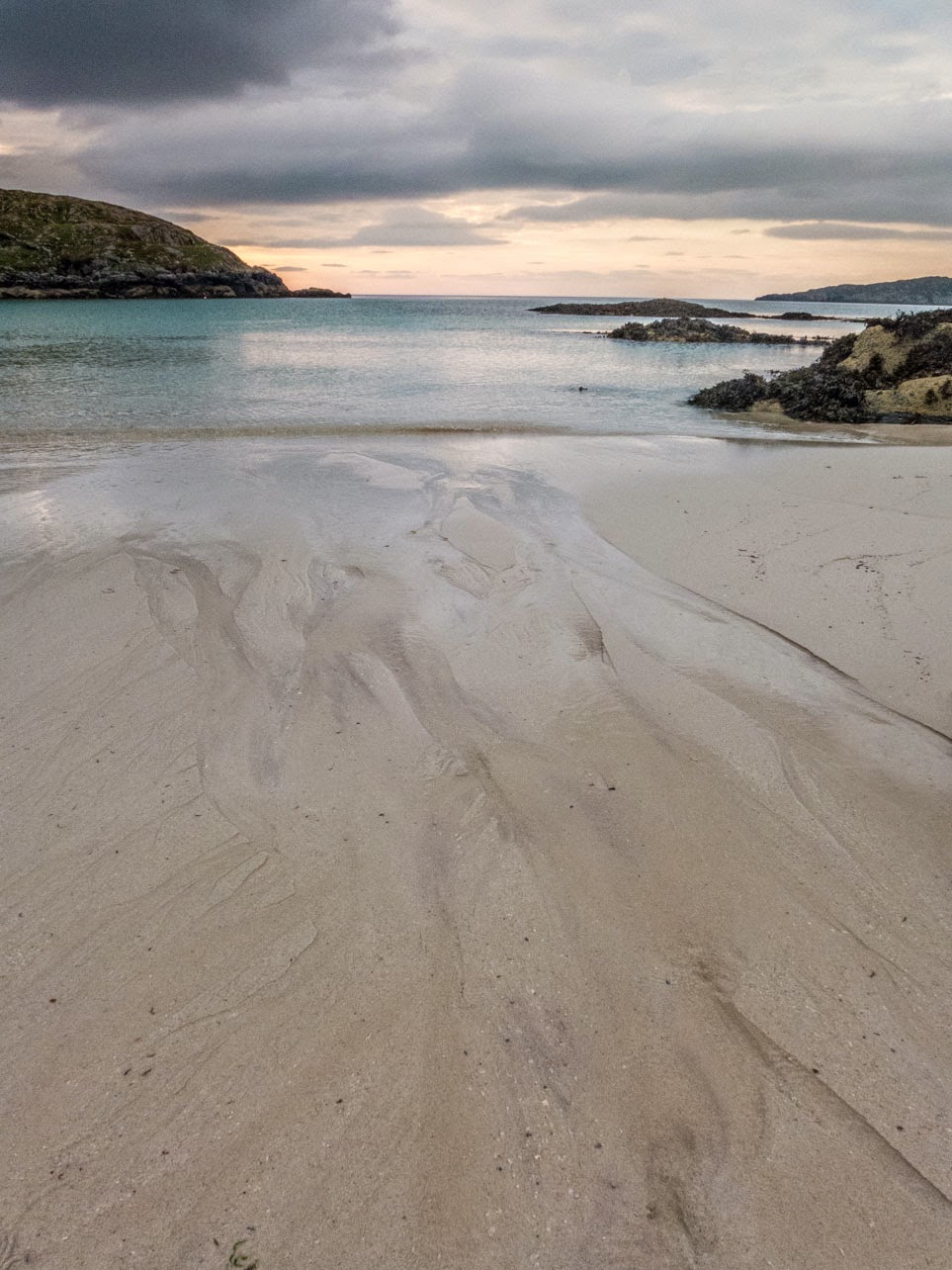