Last night is one we wish to forget: gale force (37mph) winds from the south west and then the west tore at the awning and rocked the caravan.  I was up several times during the night checking the awning; fortunately it remained both pegged in and attached to the van.  I had attached the storm strap which no doubt helped.  Some minor repairs will be needed to the stitching between material and awning rail cord but no more.  It was still wild in the morning necessitating some careful team work to get the awning down in one piece; no mean feat.  Once that was done and we were packed and away, the next worry was the wind while travelling but this turned out not to be a problem and the further east we got, the calmer and brighter it became.  On arrival at Rosemarkie we were soon set up and established, awning out and dried and off for a walk down the beach to Chanonry Point.  I had no expectation of seeing dolphins as the tide was wrong; they tend to come in to feed in the deep water channel off the point on a rising tide about an hour after low tide.  It was a beautiful evening, though, and we enjoyed our walk, especially as there was an abundance of sea glass to be found.  Eventually it was declared beer o’clock, however, and time to return for heated up venison casserole; such decadence! 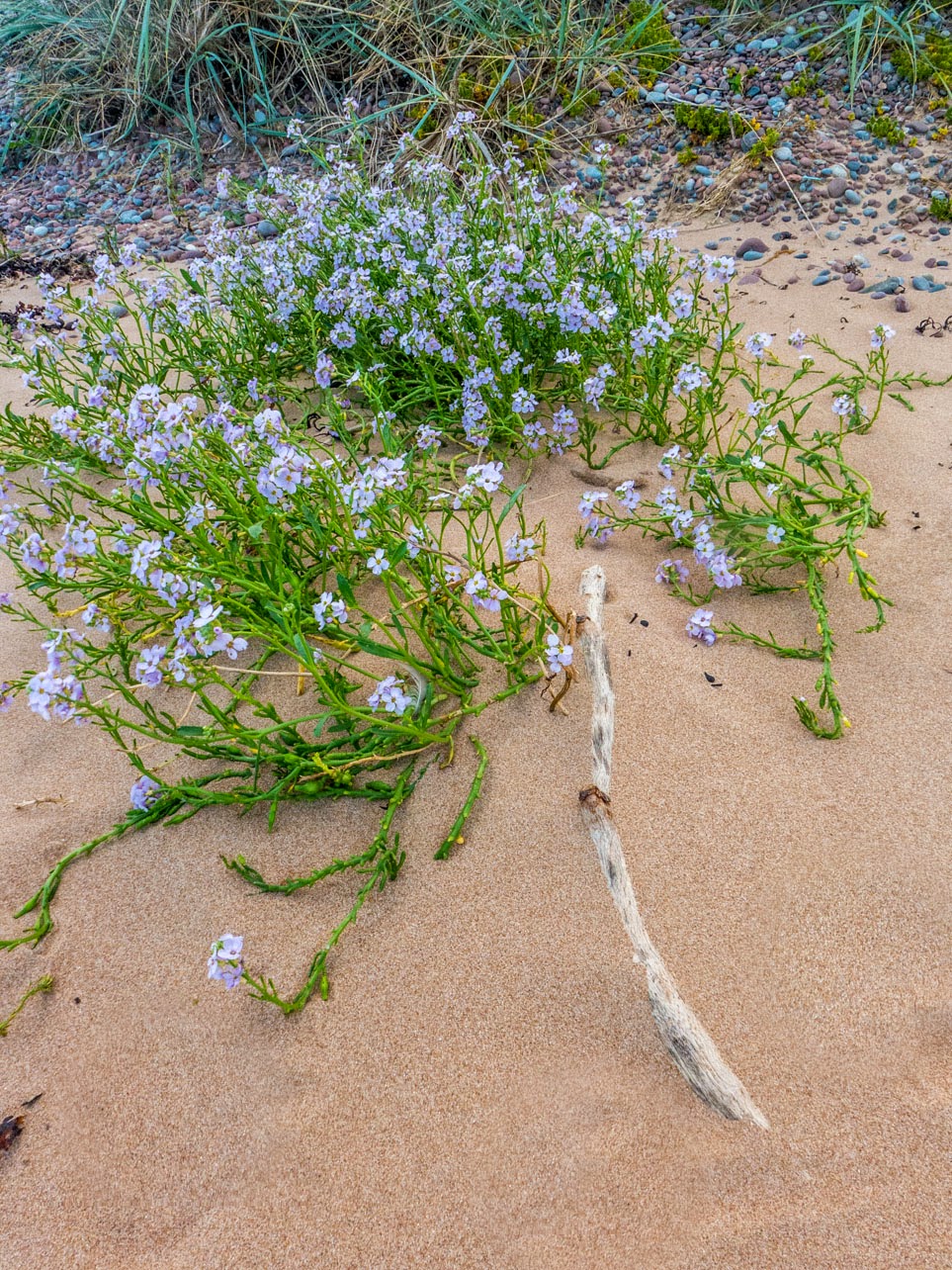