Up early this morning with a day of good weather in prospect.  Bags packed the night before, we were quickly off down Glen Dee to the Lin of Quoich, our drop off point.  Our targets for today were the three Munros of Ben Avon, Beinn a' Bhuird, and Beinn a' Chaorainn and a wild camp in Glen Derry.  Today was a reminder in the huge distances involved when tackling some of Scotland's more remote summits; the walk in before we reached our first mountain was 10 miles.  It was good to be moving up the beautiful Glen Quoich, a wide gentle valley with magnificent river and majestic remnant Caledonian Pine trees.  Another timely reminder of the seriousness of some Scottish routes was the double river crossing we had to make, both being knee deep and resulting in wet feet!!!  By the time we reached the col between Ben Avon and Beinn a' Bhuird, the sky had clouded over and the wind strengthened.  A quick climb from the col took us onto the bleak stony, arctic/alpine plateau of Ben Avon with its huge granite tors, the highest of which was our summit.  By now 3.00 pm, we had to keep moving and were soon back at the col where we recovered our packs and set off up into the cloud for Beinn a' Bhuird, the summit of which is marked by a cairn at the highest point on the plateau.  Carrying on, it seemed to take a long while to reach our final summit for the day' Beinn a' Chaorainn, by now cloud free.  The views from this splendid top were stunning: down into Glen Derry and across to to the Ben Macdui range and our hills for the next day.  A steep descent brought us down into theGlen and we soon found a suitable spot for our first wild camp; and the midges soon found us, so it was a quick meal (of pot noodles and angel delight!!) before retiring into the tent for a well earned sleep.  21 miles and 10 hours 44 of walking (8h 40 moving time) and 1840m of ascent with a pleasing 2.5mph moving average.

Wildlife highlights were red deer, mountain hares and ptarmigan.  Everywhere on the high tops are colourful mosses and lichens and club mosses.  Plants still in flower included heather and ling and a few remaining bog asphodel with some tormentil and alpine ladies mountain to be found. 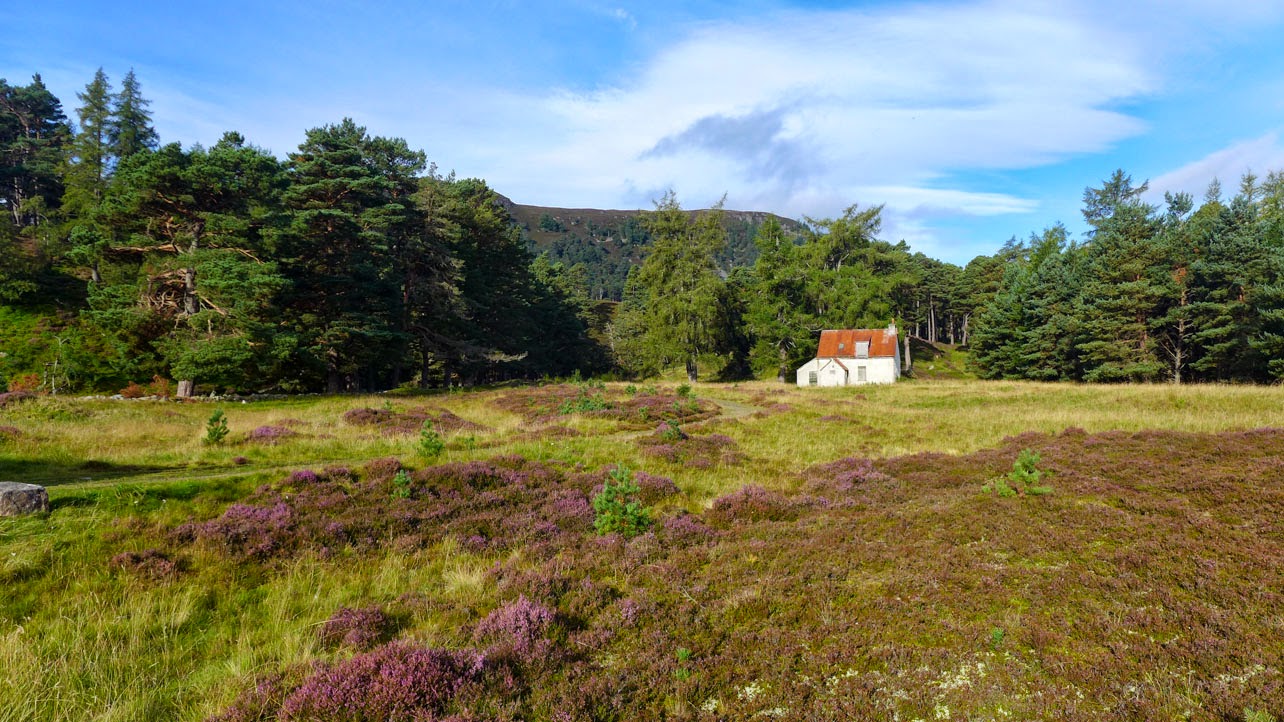 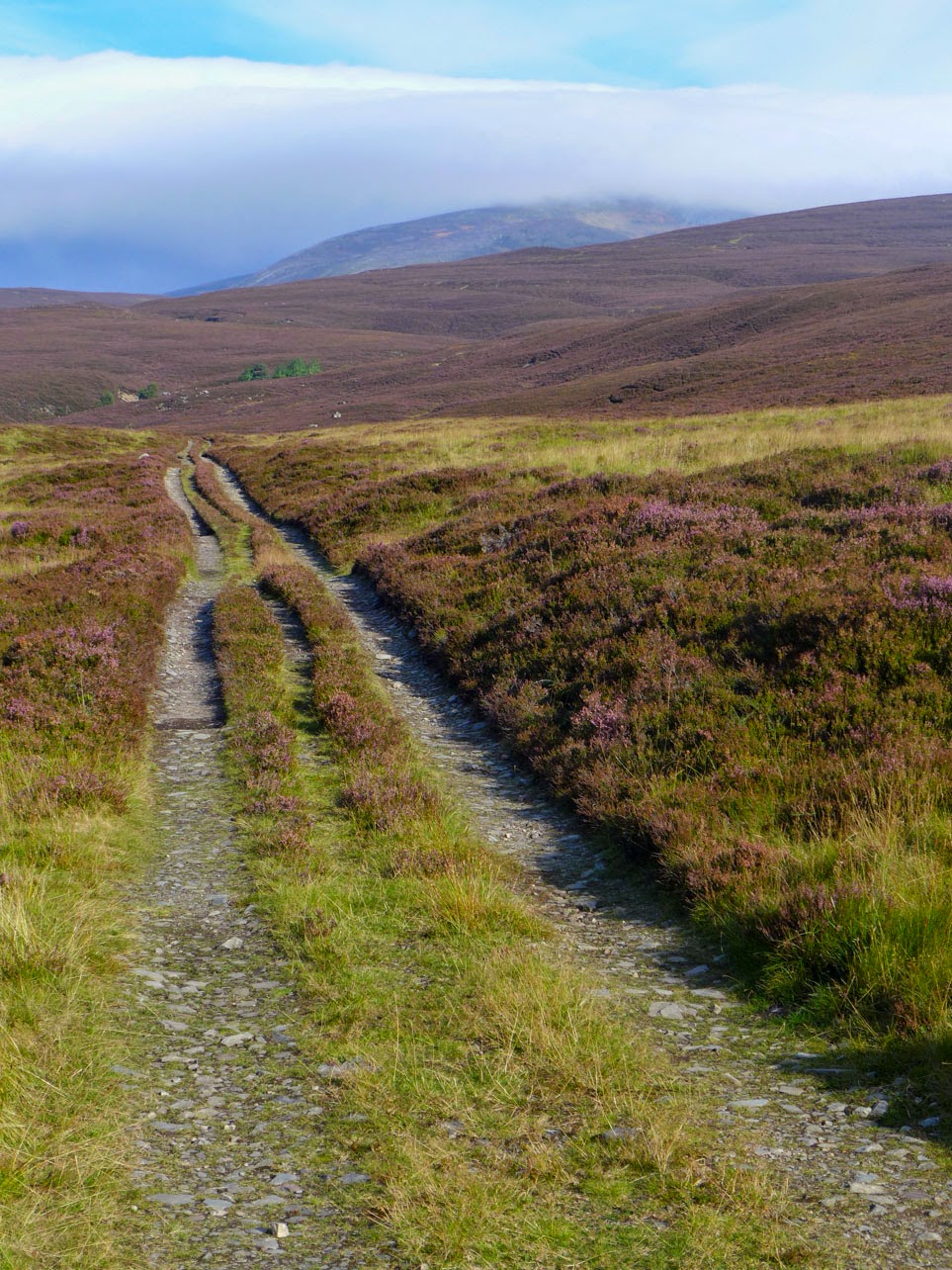 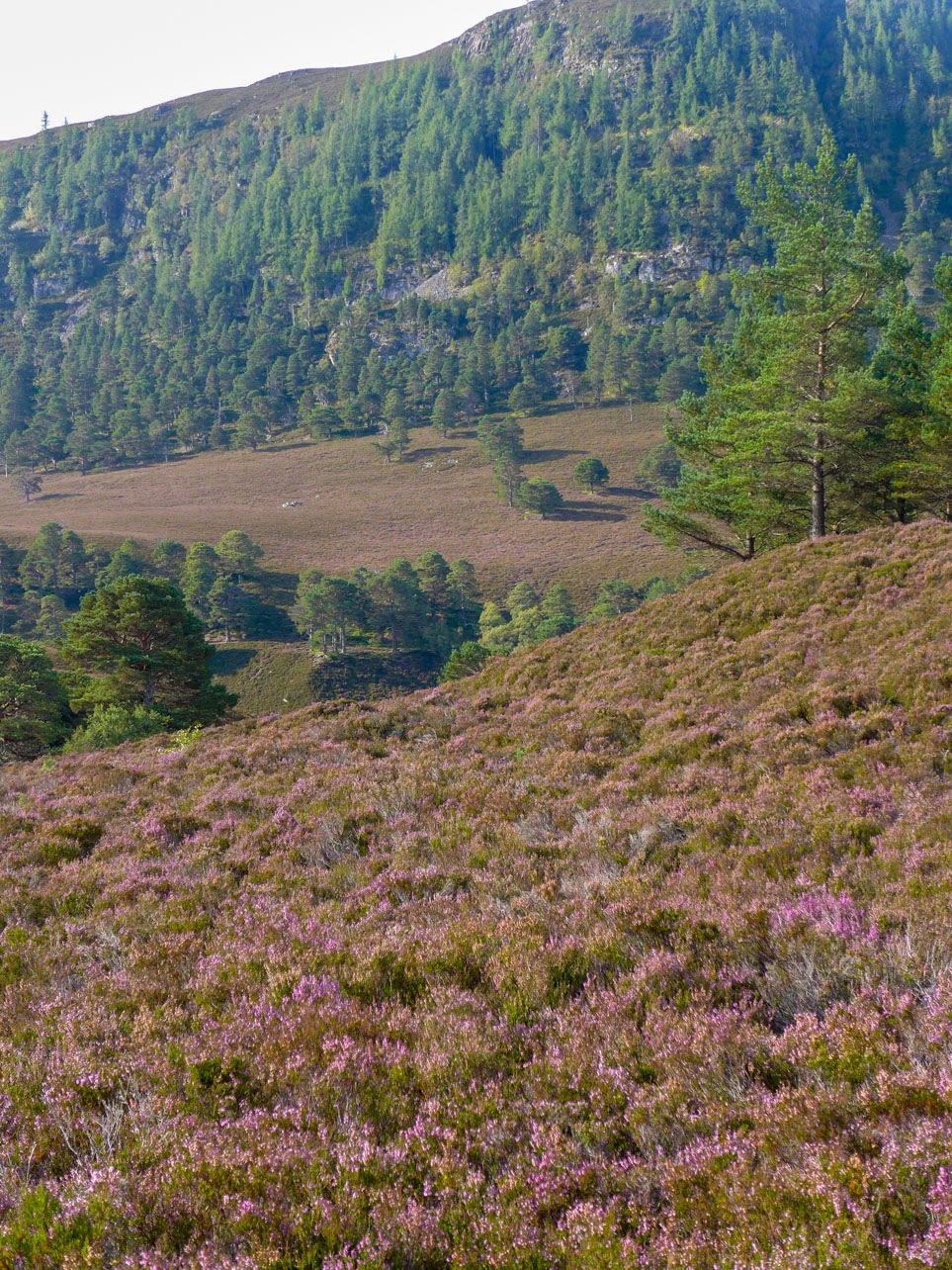 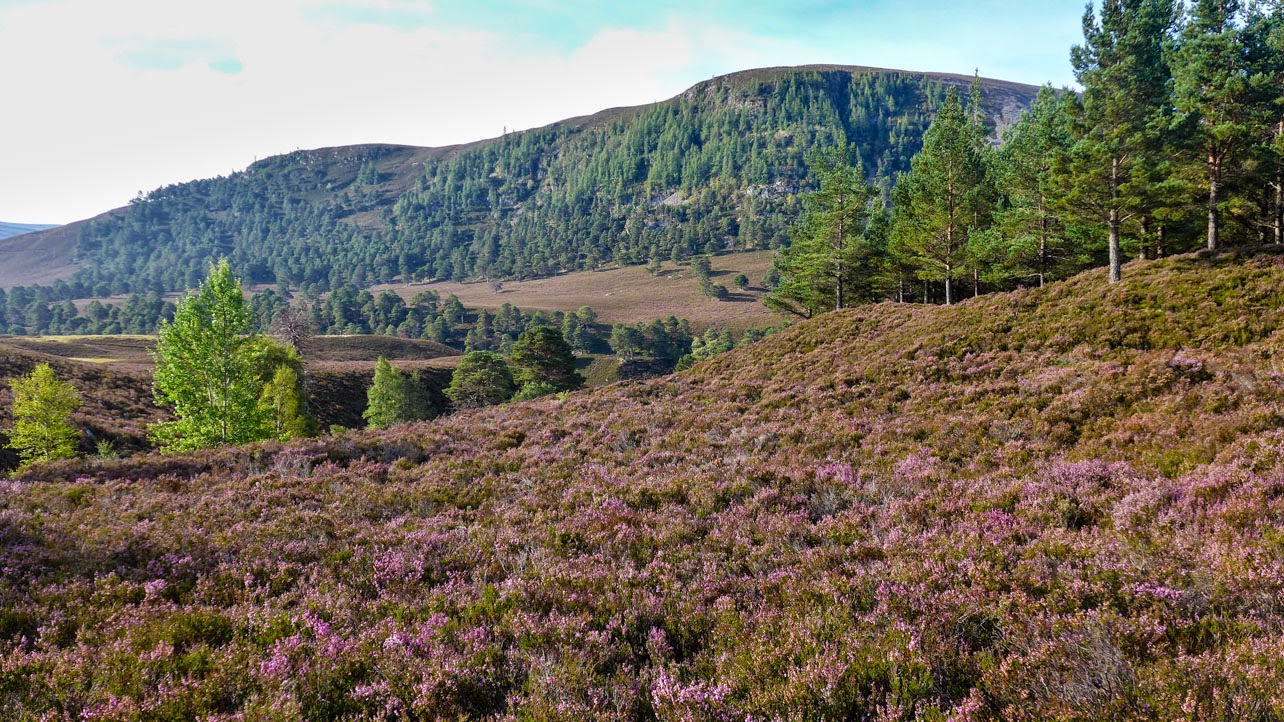 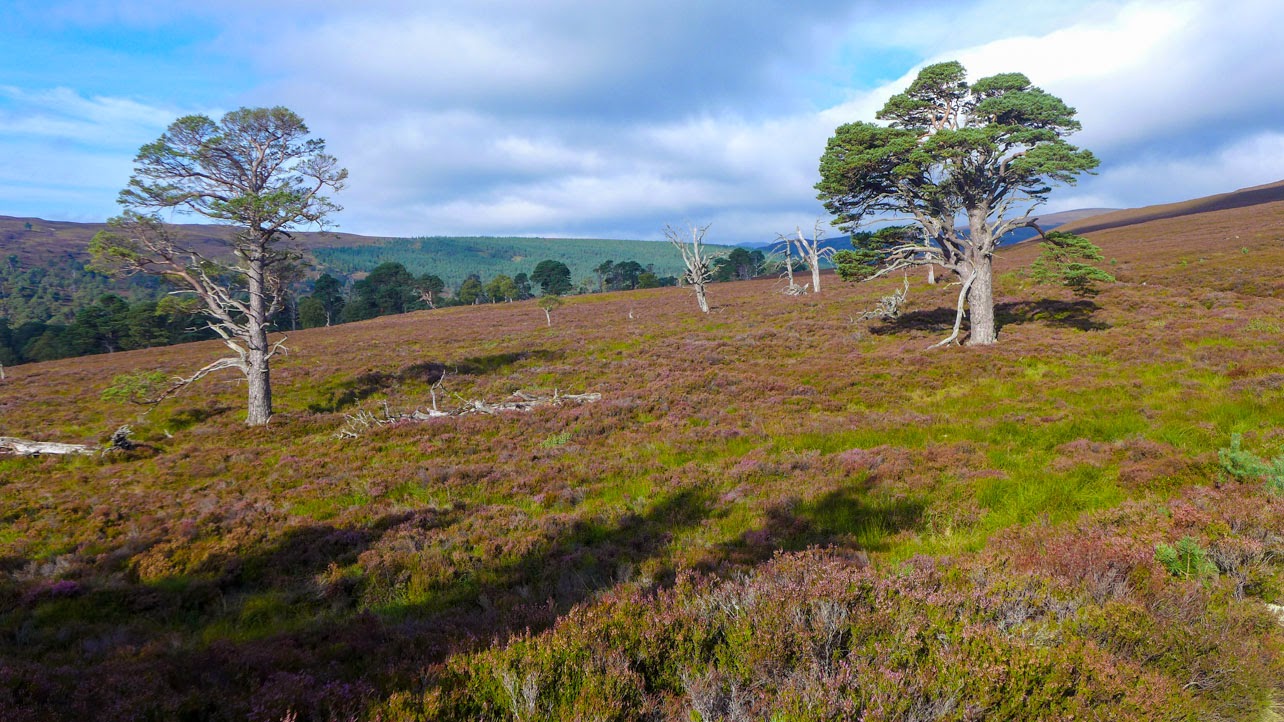 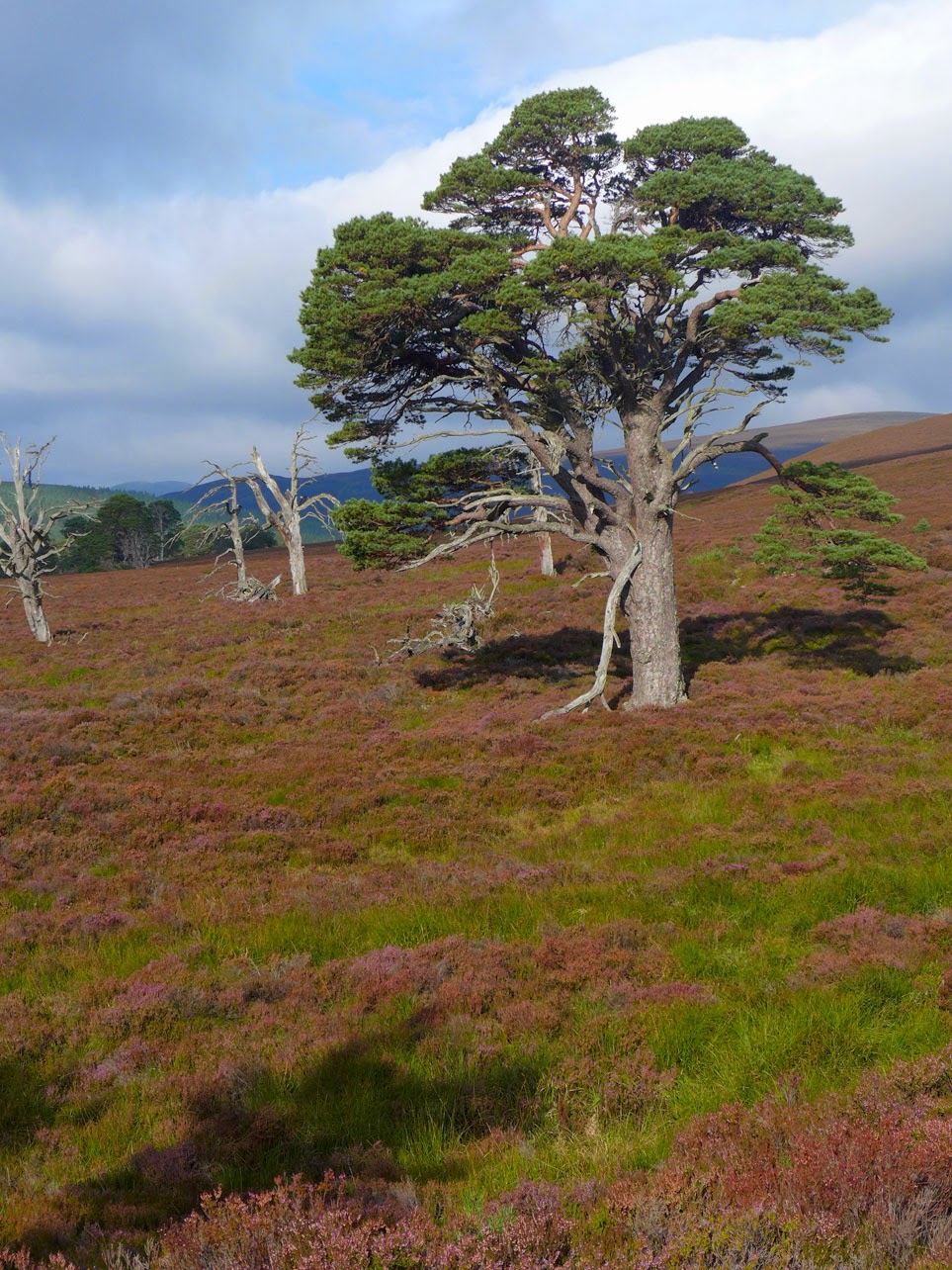 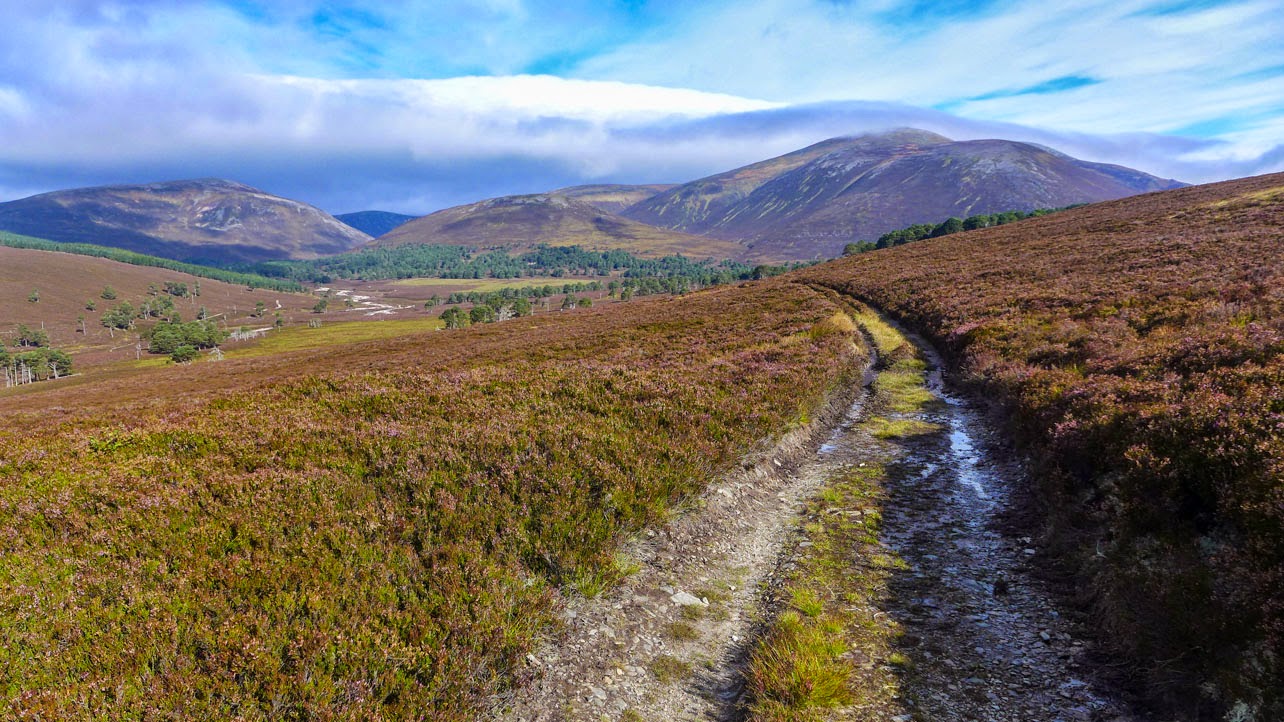 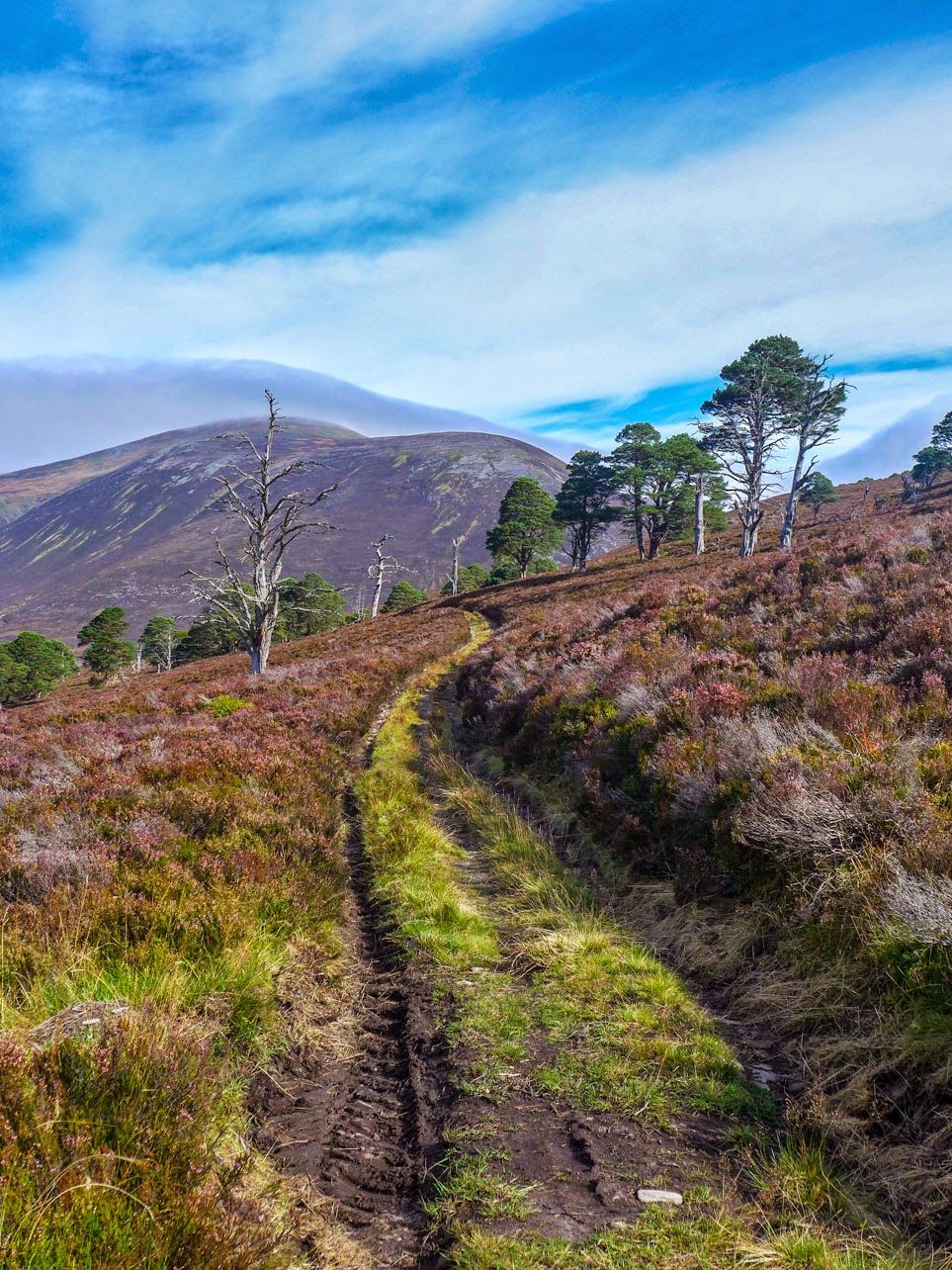 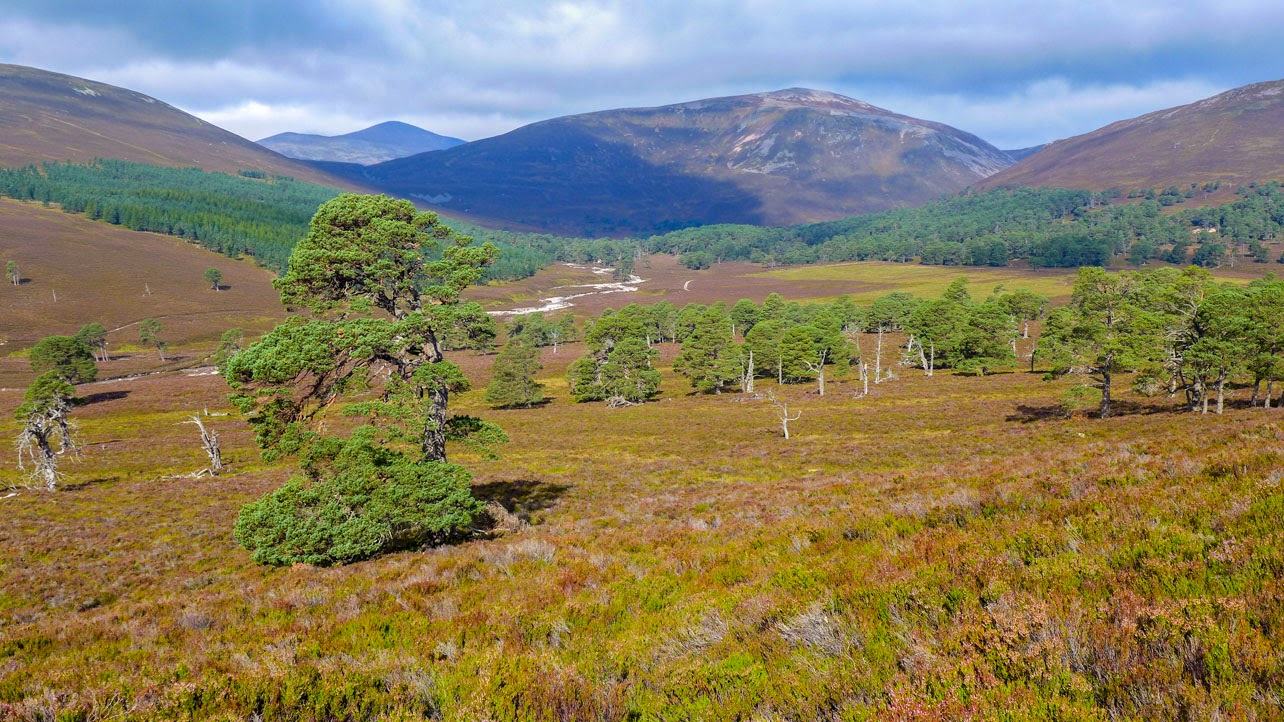 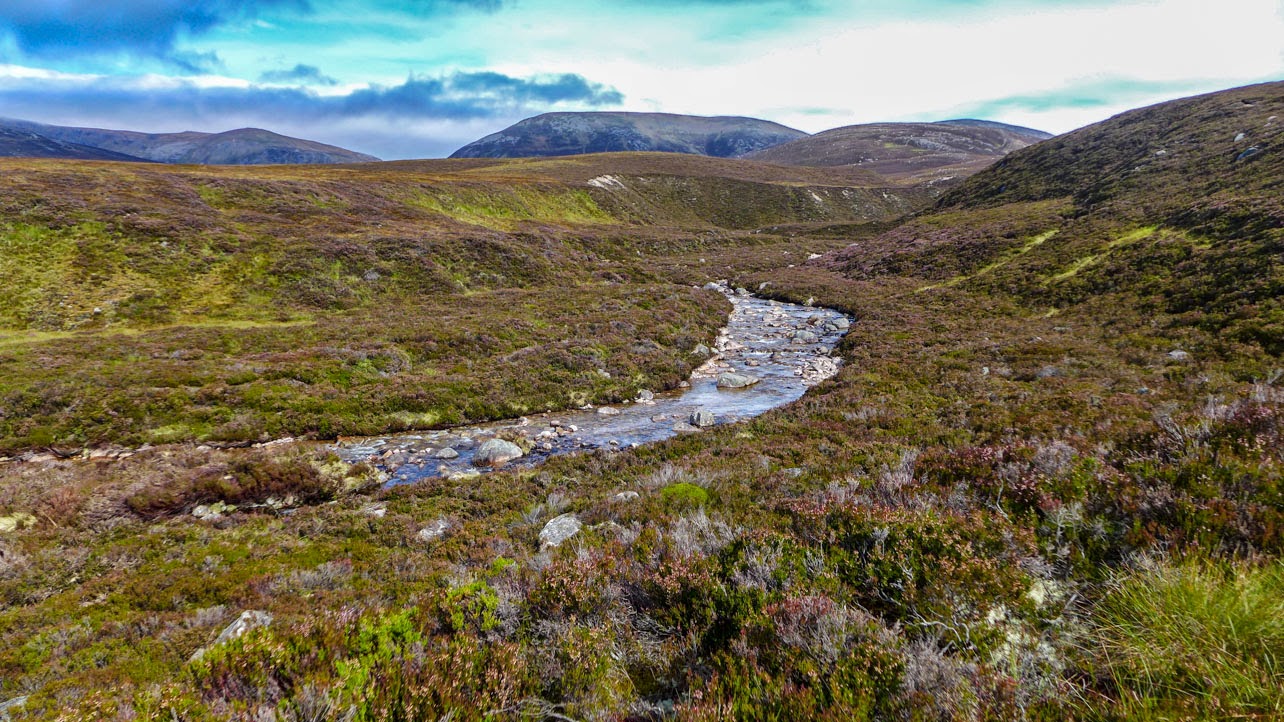 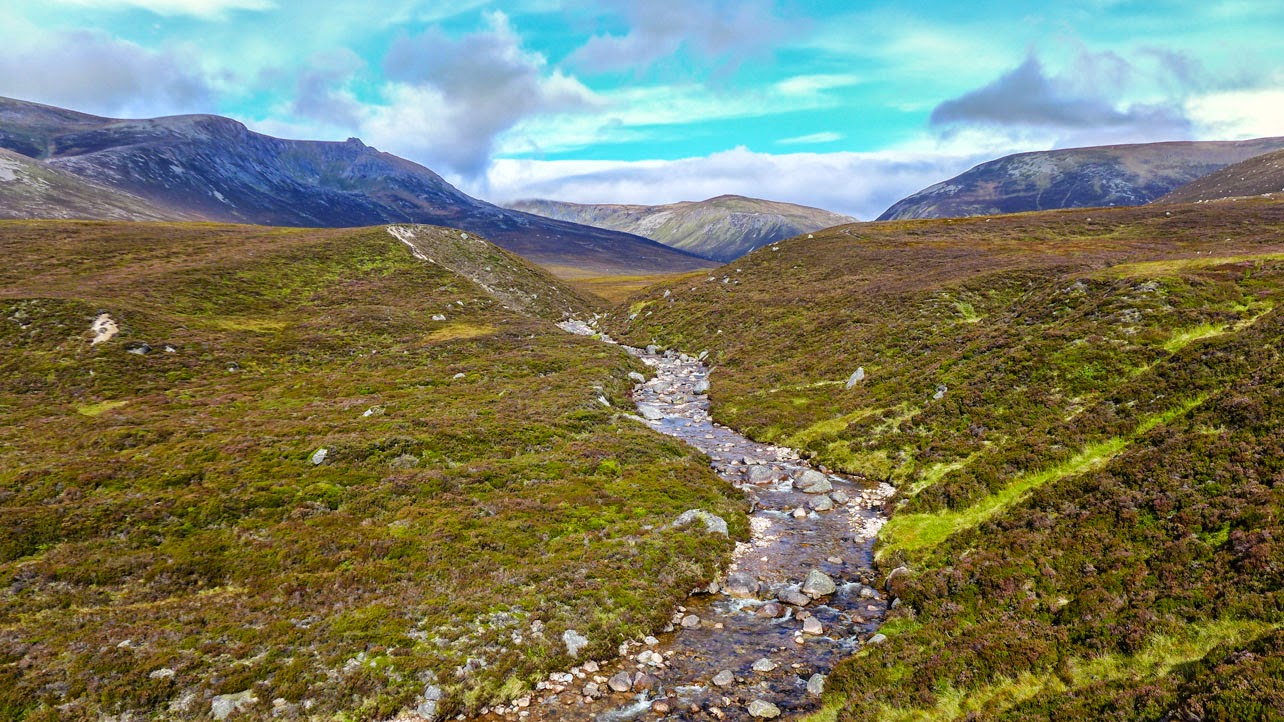 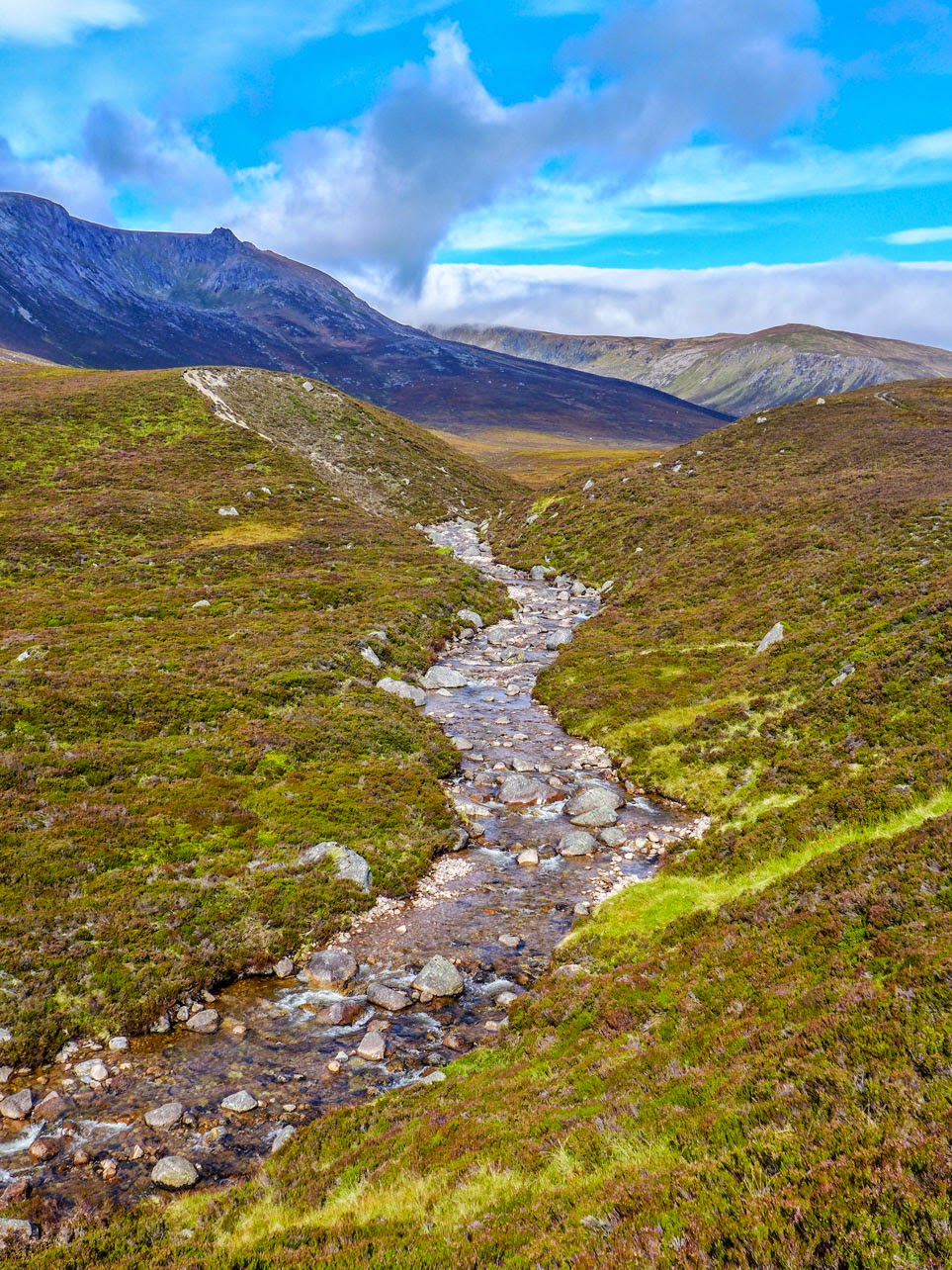 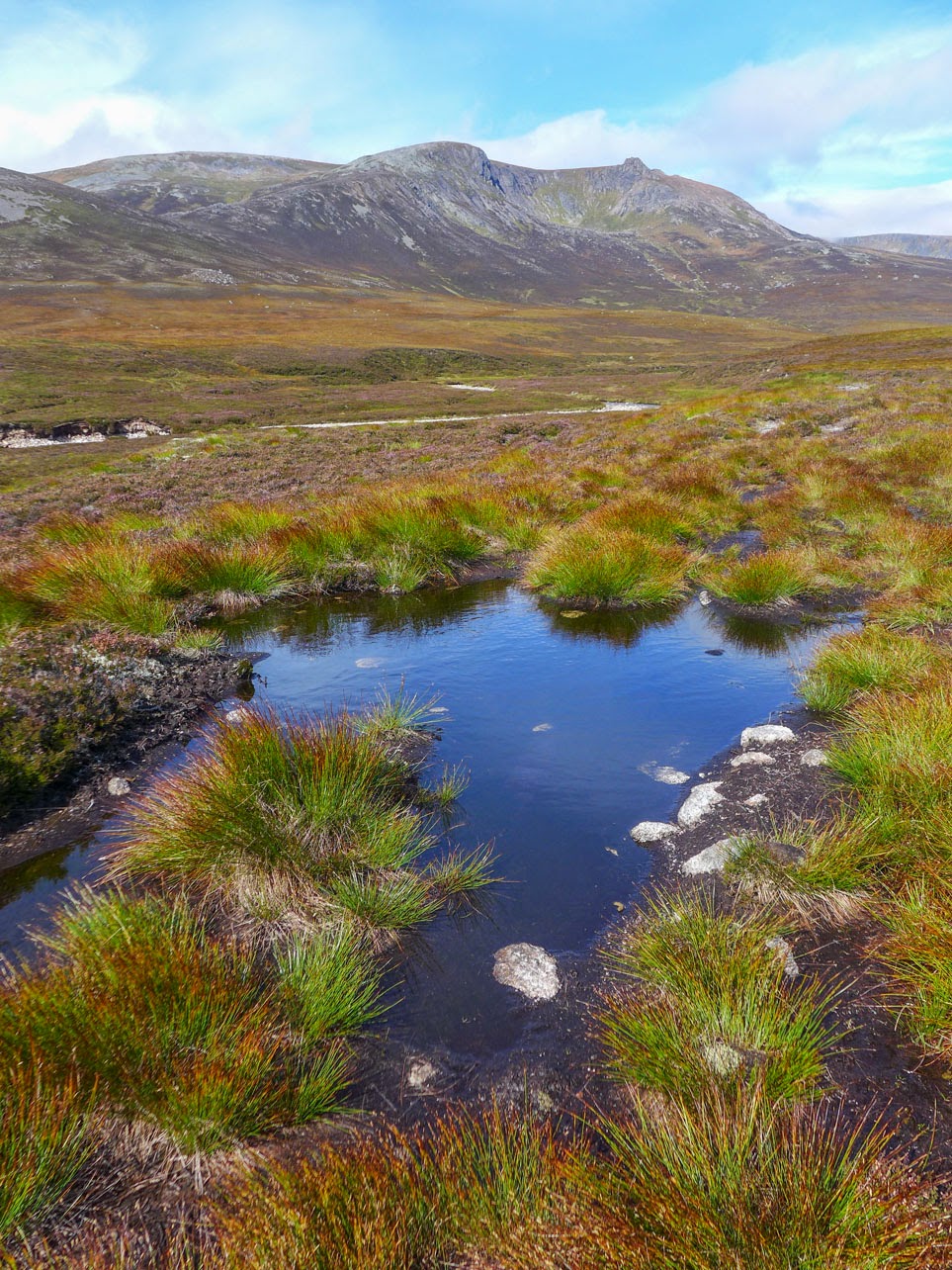 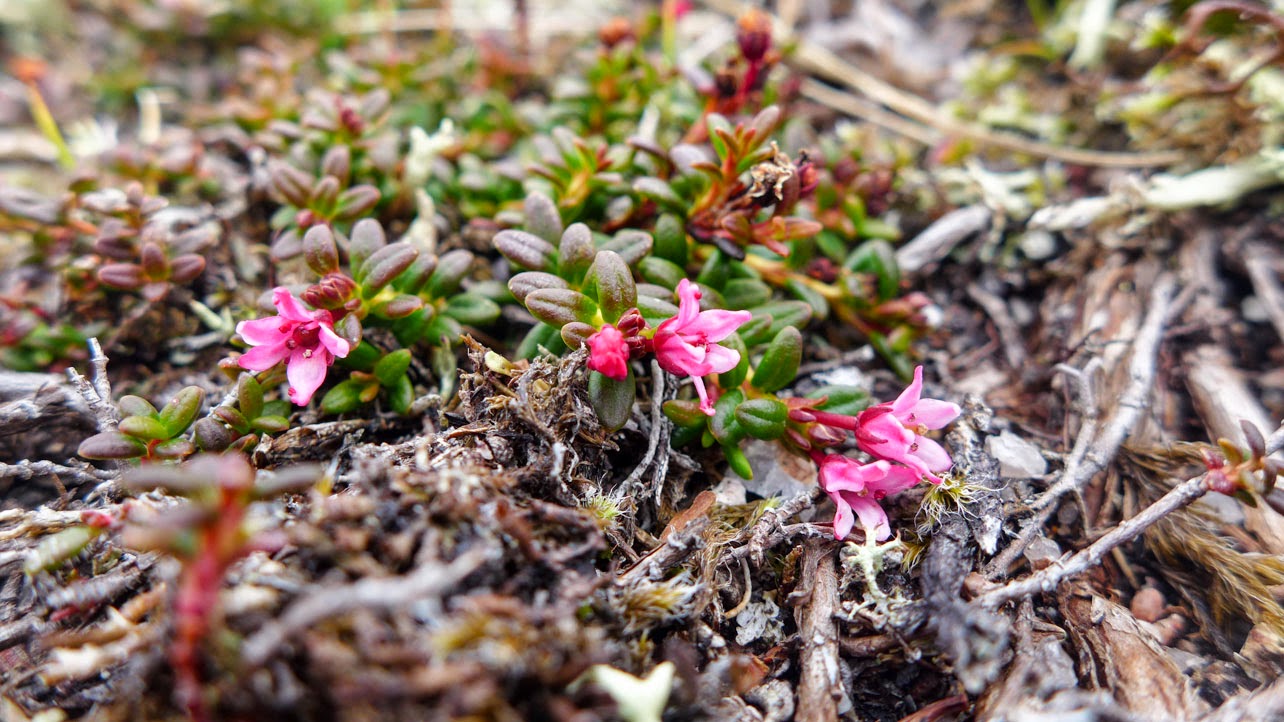 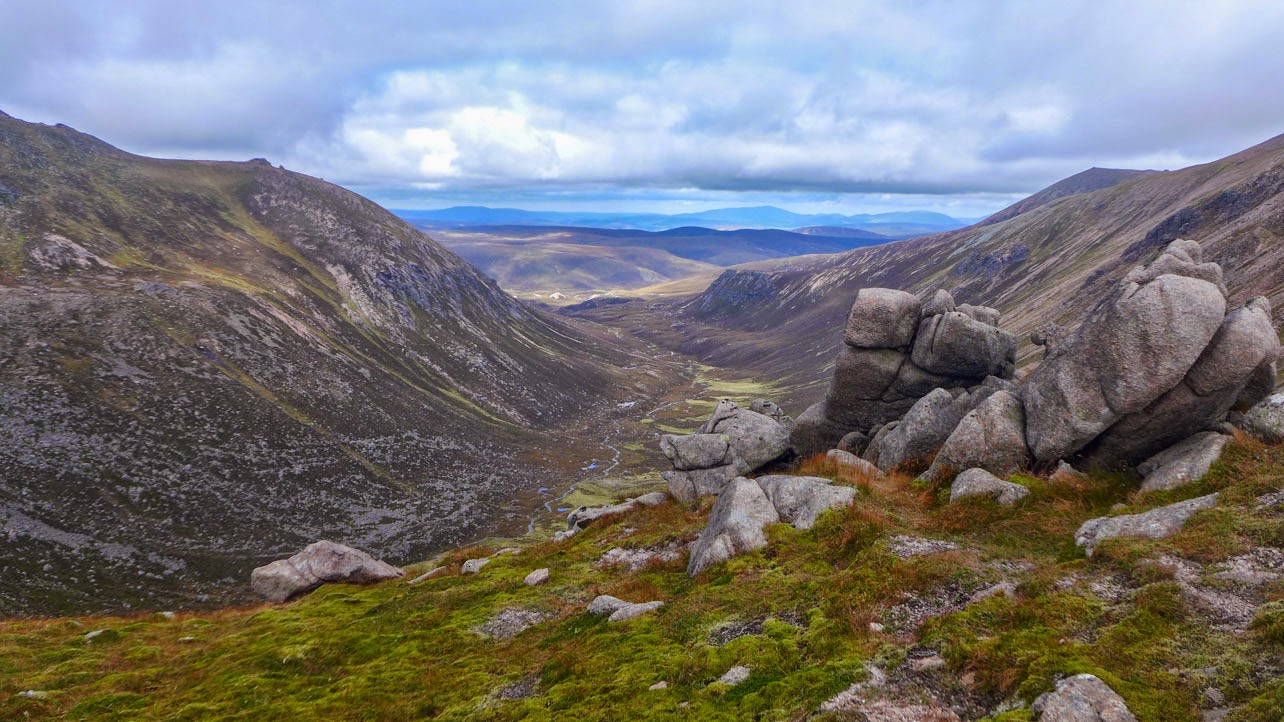 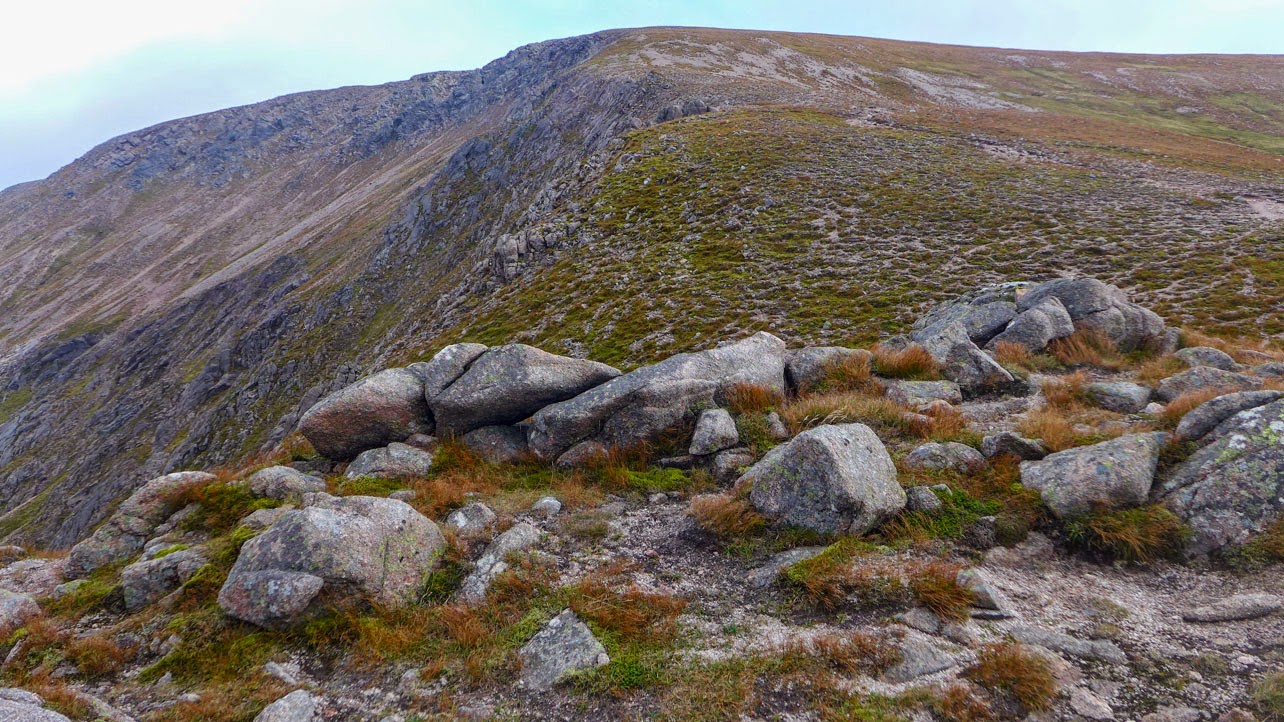 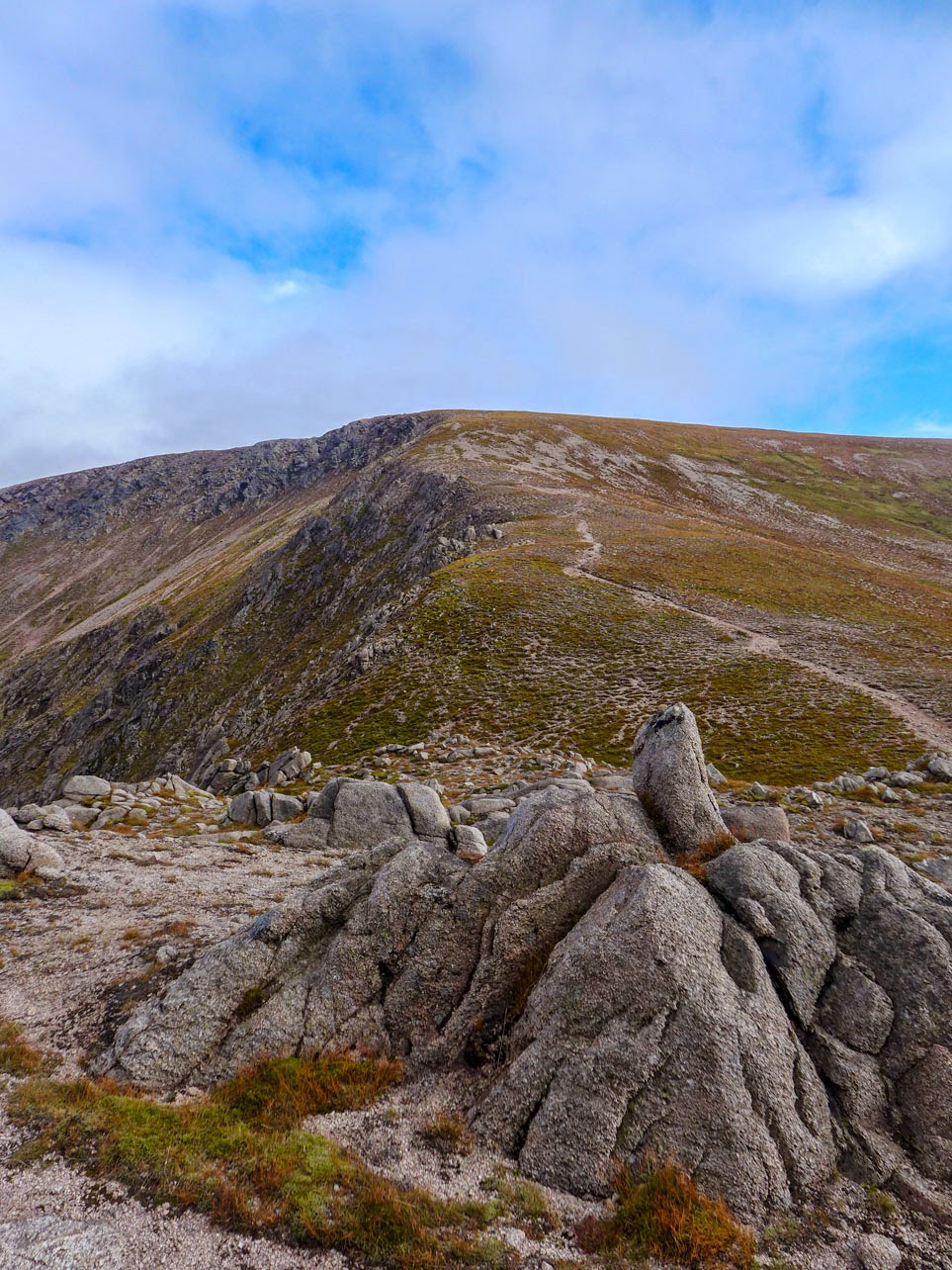 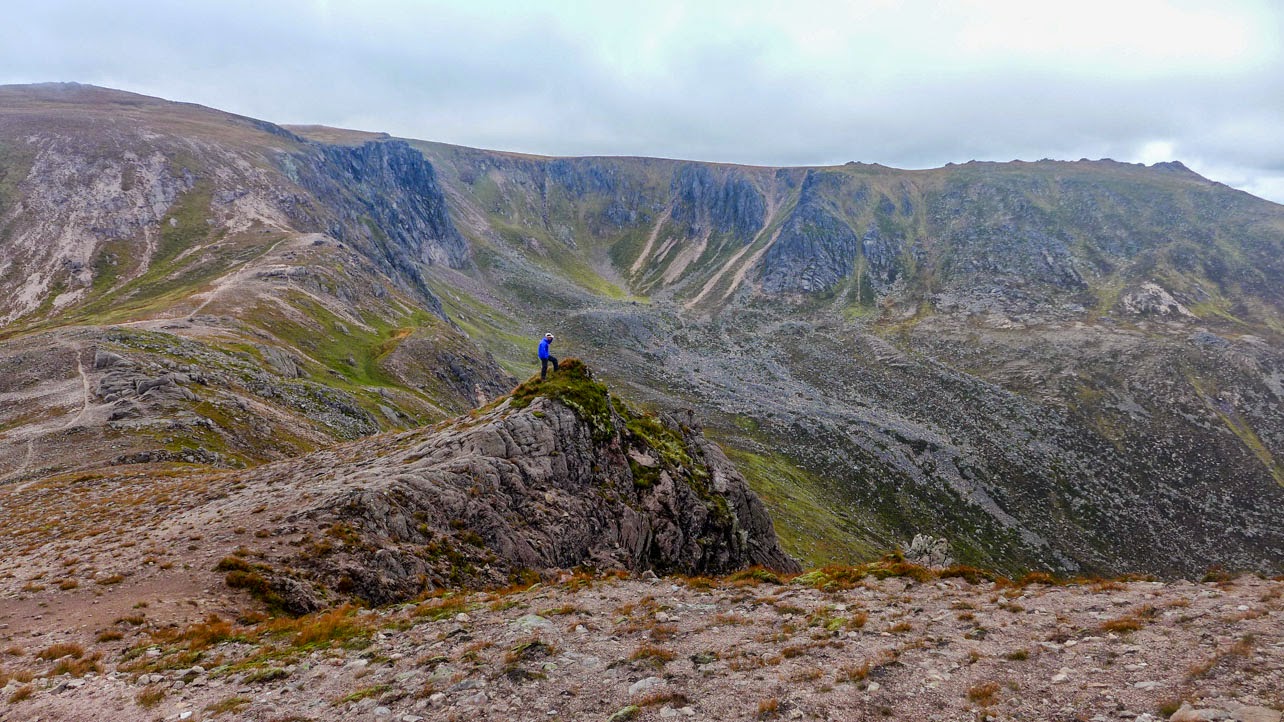 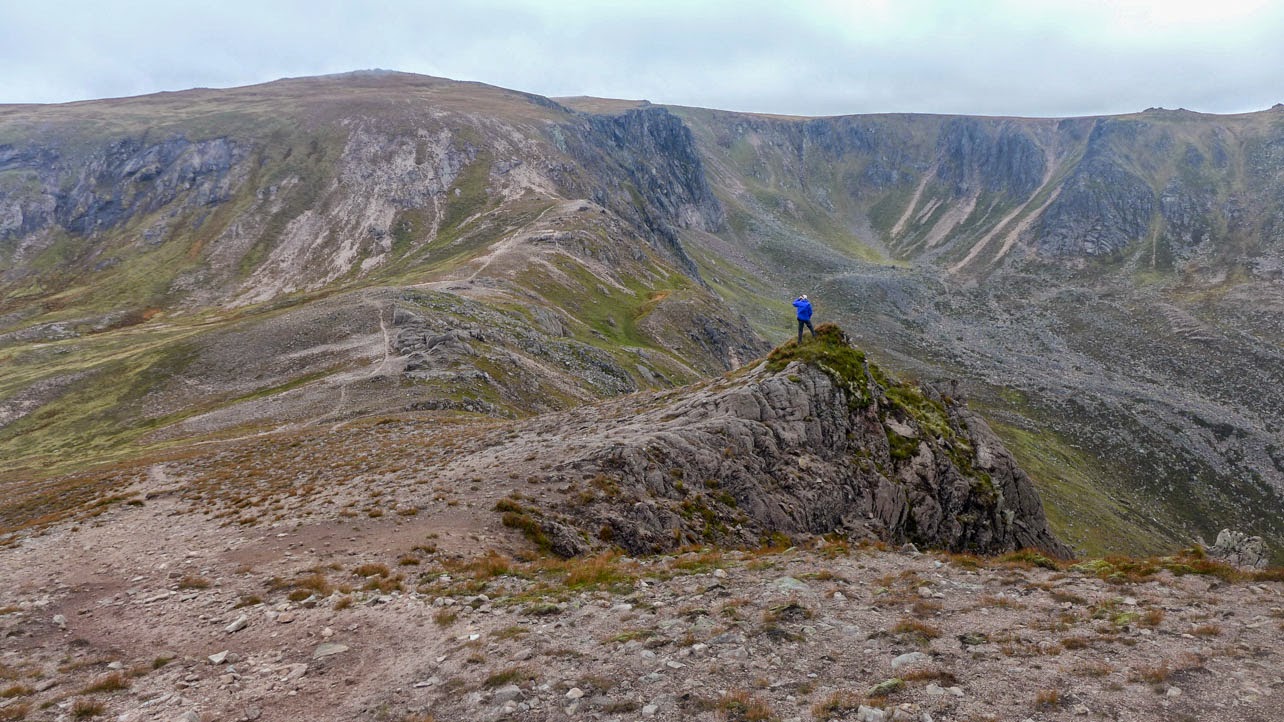 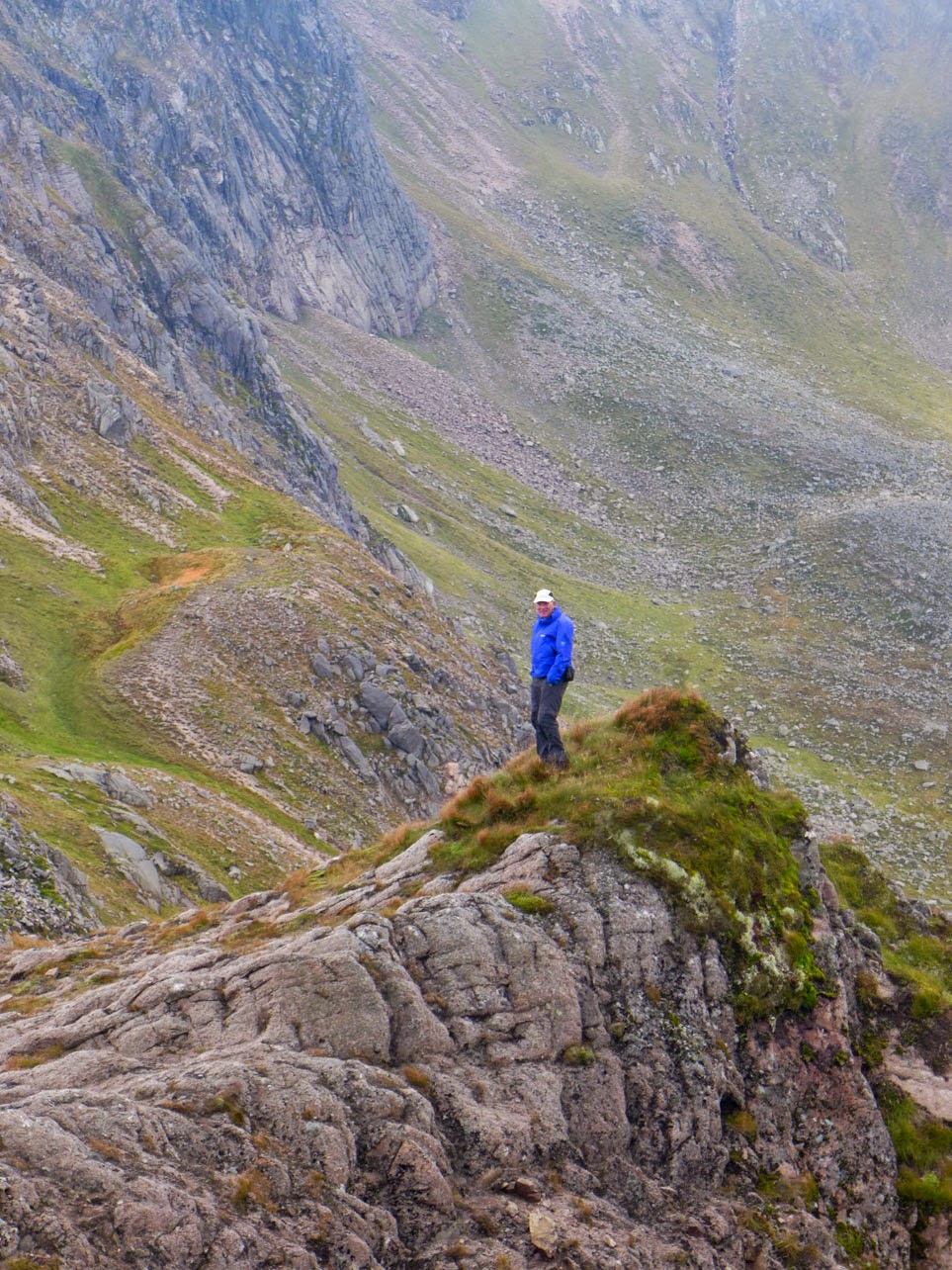 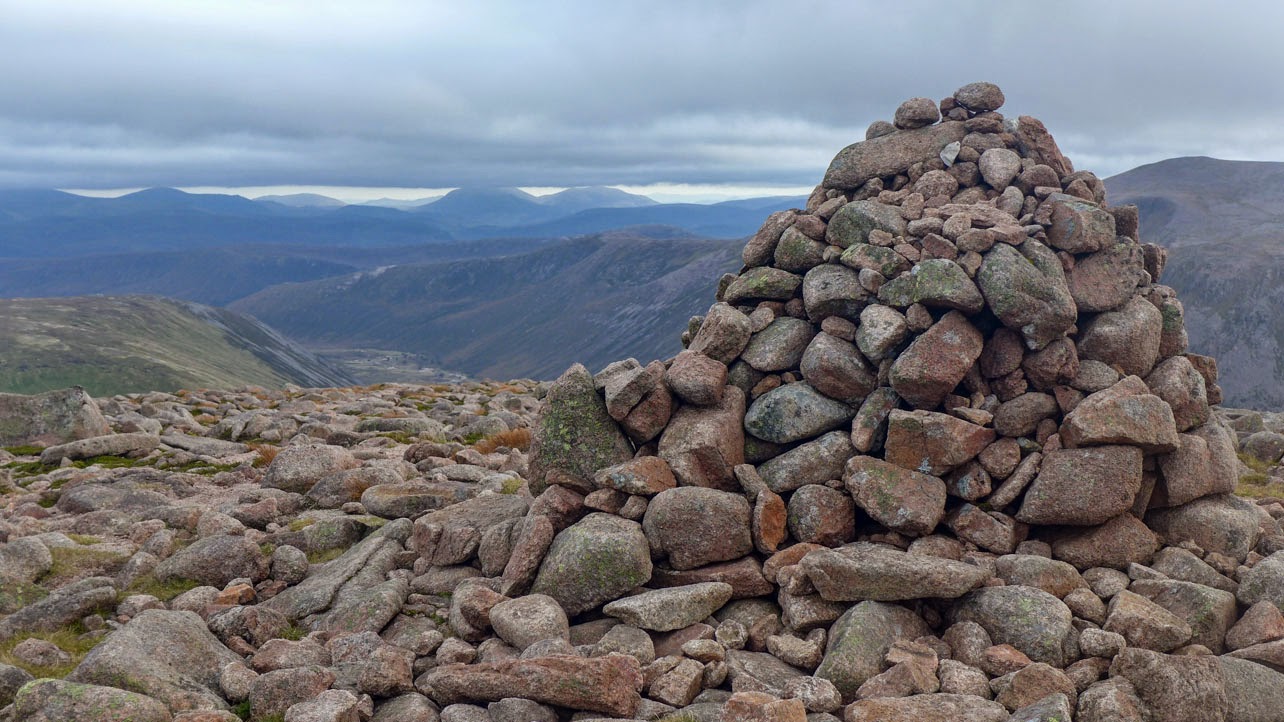 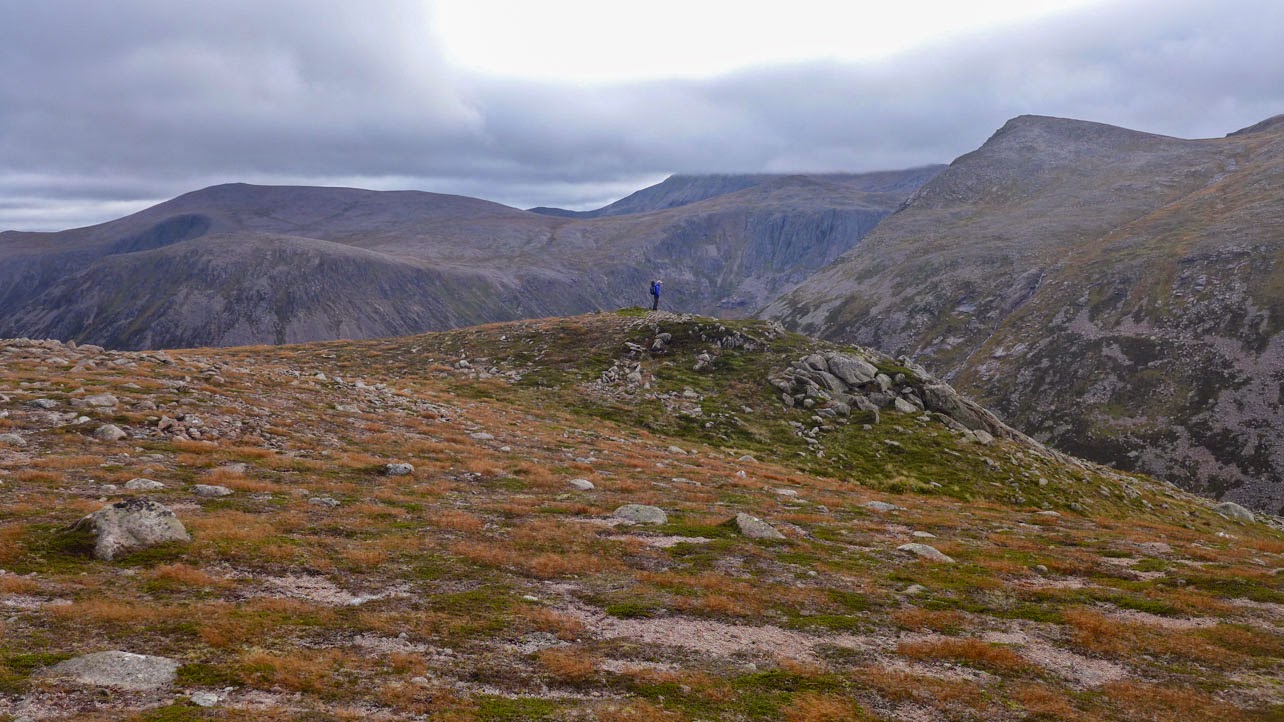 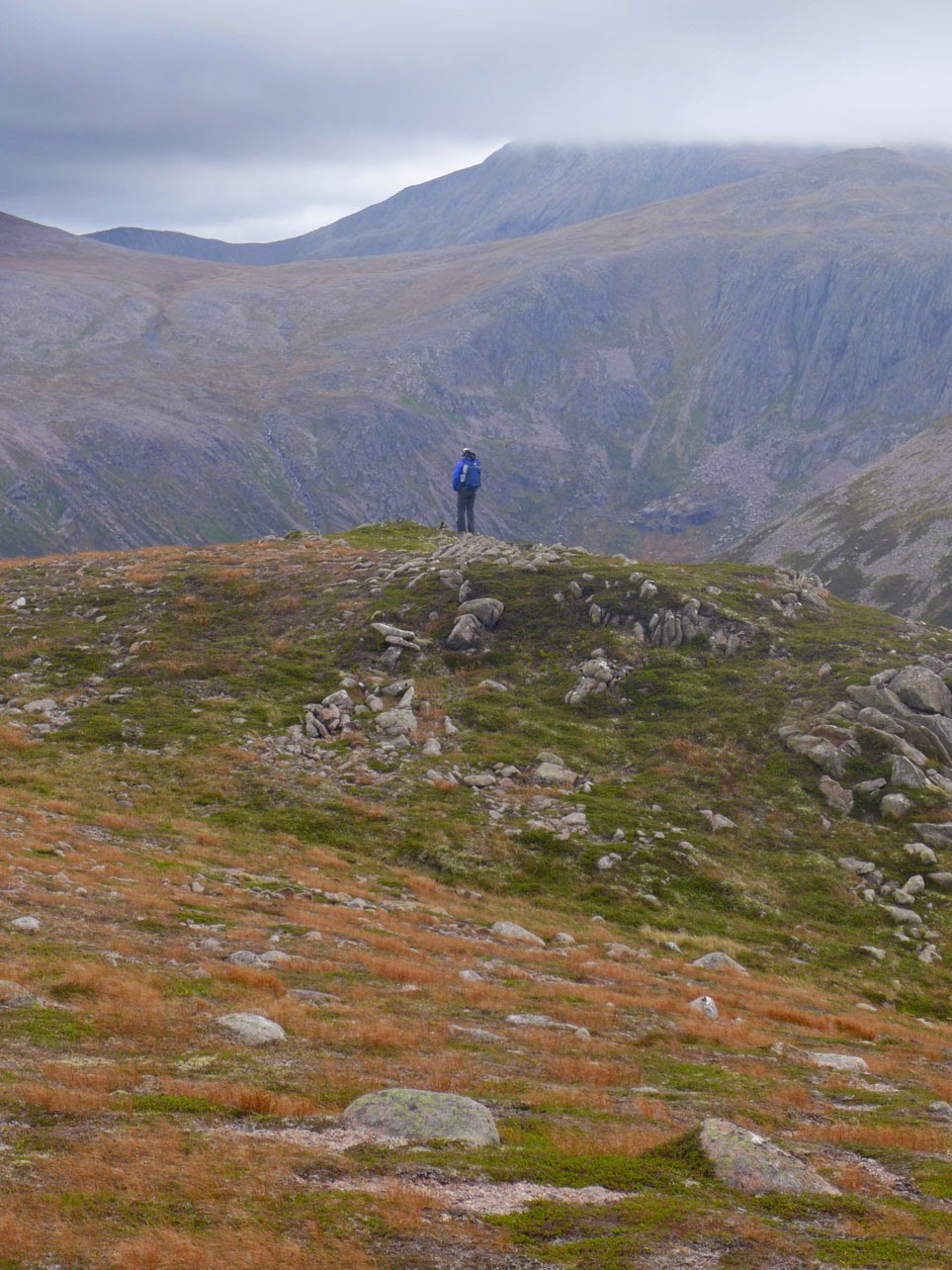