When the alarm went off this morning at 6.30 it was still dark.  It was also blowing a hoolie and pouring with rain.  Not an auspicious start for a long mountain day.  I made a cup of tea while we considered what was to be done and, as it grew lighter, it seemed to be somewhat brighter out over the sea where the weather was coming from.  It was then all systems go: breakfast, lunch made and bags backed and away.  When we started walking it was still touch and go whether it was going to clear up or not so it was full waterproofs from the off.  We had parked at the western end of Loch Druim Suardalain on the edge of the Glen Canisp estate.  Although still enshrouded in cloud, the view of Canisp and Suilven from here was inspirational.  The route began on tarmac until we had negotiated Gen Canisp Lodge and then was very good going on a landrover track, undulating all the way through the glen.  At first the scenery is gentle, but gradually it becomes more rugged and desolate as the wilderness is penetrated.  The brooding bulk of Suilven increasingly dominates the scene.  After four miles we reached the cairn that indicated the start of the ascent, Suilven rearing up ahead of us. Long walk-ins are de rigueur in Scotland and, as in the Cairngorms, a couple of parties had cycled in to this point.   We took to the smaller track and immediately set off uphill through boggy terrain.  At 11.30 the boss decided she had had enough of bogs and we stopped for lunch after which, I continued alone leaving Heather to potter back down the track to the car, stopping to draw on the way.  A fine effort by any standards and still resulting in a 10 mile walk into wild and remote mountain scenery.  I pushed on up ever steepening ground, following a young couple who I fairly quickly passed and another geriatric couple of men, like myself, who I caught and stayed with.  One had done all the Munros, tops and Corbetts and was on his second time around; impressive!  Soon we reached the foot of the final climb, which reared up like a wall.  The SMC guide recommends making your way steeply up a shallow gully; easy when said quickly.  The gully in question was at least at a 45degree angle and required much use of hands.  That said, it tracked from side to side enough to make the climb doable.  The final pull up to the bealach brought one out on a ridge so narrow as to be initially disconcerting after the confines of the gulley, but what a superb situation!!  Unfortunately cloud and drizzle swept in and it was necessary to don water proofs for the climb up to the west summit.  As we climbed, however, the cloud was swept away by the brisk breeze and the sun even came out.  Views were extensive and astounding; it felt like being perched on the pinnacle of the world!  All around was water: the sea to the west and a myriad of rivers, lochs and lochans on the land.  I was reluctant to drag myself away from this eyrie but I was only half way into the walk with another 7 miles, and the descent, to go.  Bidding my companions farewell (they were going down the other side to return to Inverkirkaig),  I set off down wondering how my dodgy knees were going to cope.  I needn’t have worried, however, as the path remarkably fell into place and it was soon over.  Once down in the valley it was into express mode to get back to the car to avoid ‘The Boss’ having too long a wait. 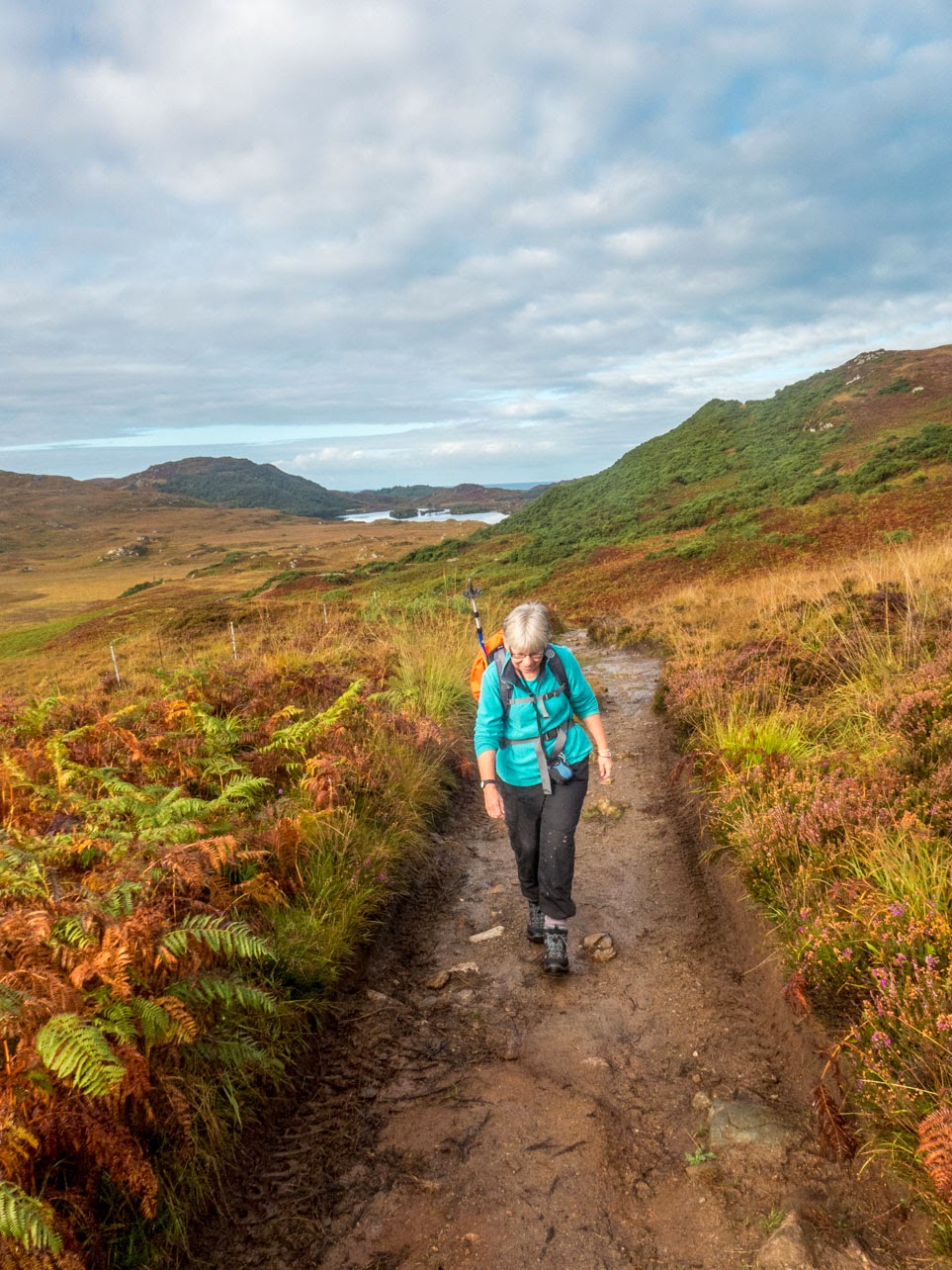 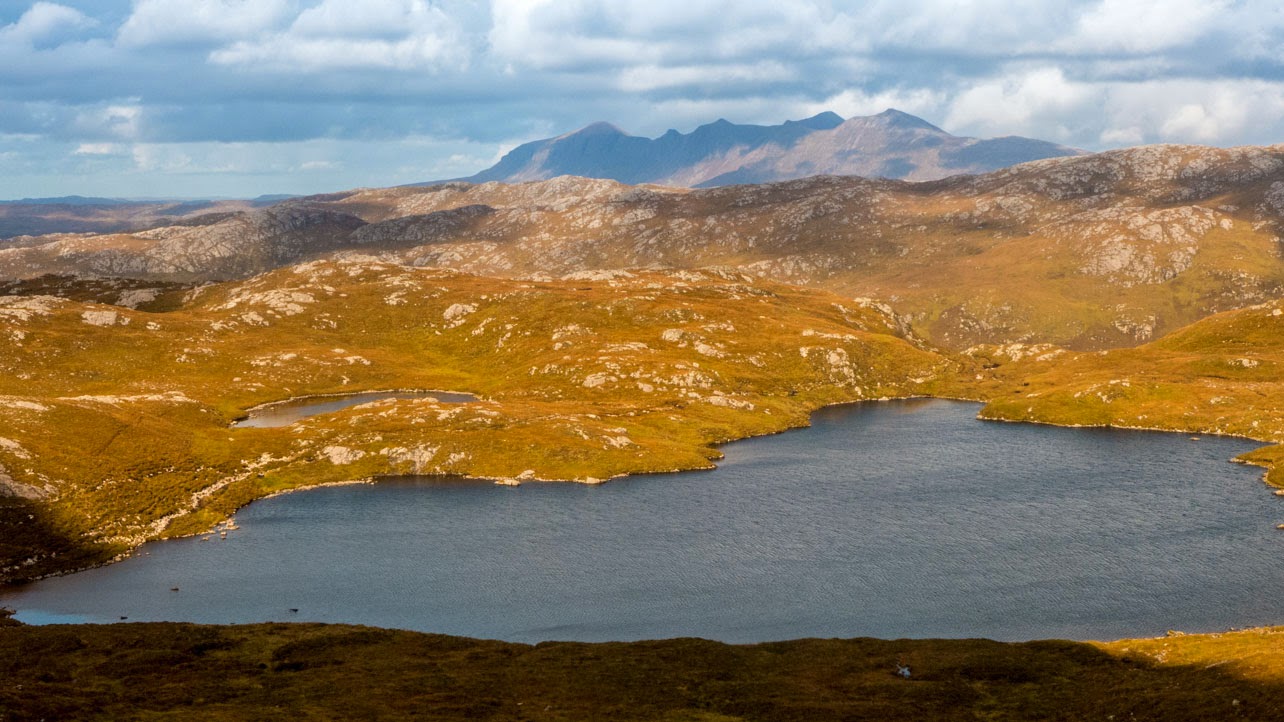