As Sunday was yet again a warm and sunny day I decided to walk over to Gooseman's Field (The Horse Field) behind Scartho Village for another butterfly count.  Although only over the fence from Saturday's count there were far more meadow browns than gatekeepers.  Small skippers were also to be found on the field along with carpets of birds foot trefoil and common centaury.  When the council were creating the nearby woodland cemetery they shifted all the spoil from grave digging onto the fields to form a huge bank reminiscent of a 'tatie grave' (if you are from Lincolnshire!) .  This now has a thick cover of bindweed and thistles which are a great attraction for the butterflies and the whole area is covered in thistledown.  I had hoped to find common blues on the meadow, especially with the prominence of trefoil but sadly they still seem to be thin on the ground.

One unexpected bonus of today was the exceptionally good views of the Red Arrows and Battle of Britain Memorial Flight.  Scartho seemed to be the regrouping point for the aircraft as they performed at the Cleethorpes Airshow.

Pleasing observations over recent days included the buzzard soaring over our garden and being harassed by herring gulls and also the good view of a stoat whilst out cycling.

Posted by Mike Pickwell at 02:17 No comments:

The Big Butterfly Count is a nationwide survey aimed at helping assess the state of the environment.  It was launched in 2010 and has become the world's largest survey of butterflies. The hot sunny weather today (29.1 degrees)  has been ideal.  I have completed two counts: one in the garden this morning where I saw large and small whites and a holly blue, and one in the local woodland cemetery 5 minutes walk away this afternoon where I counted gatekeepers, meadow browns, ringlets, large, small and green veined whites and speckled woods.

Posted by Mike Pickwell at 07:35 No comments:

A Day of Butterflies and Dragonflies in North Yorkshire.

The sea fret was just beginning to burn off as Roger and I pulled into the parking spot at Fen Bog Nature Reserve just off the A169 Pickering to Whitby Road on the North Yorkshire Moors.  The Lyke Wake Walk crosses the moors at this point on its way to Robin Hood's Bay from Osmotherly and the North York Moors Steam Railway runs through the valley bottom.  We had driven up from Lincolnshire with three target species in mind: golden ringed dragonfly, small pearl bordered fritillary and keeled skimmer and three locations to try.  We began our search by walking down the hill and exploring the main bog to the south of the reserve.  Although we spotted a couple of golden ringed this did not prove very productive.  At this point we thought this was where we needed to be searching so, not being successful, we opted to try the other two locations and then, if necessary return to Fen Bog.  Dundale Pond was a short drive away and easy to find. Again, though, there were no golden ringed although we did find large numbers of black darter dragonflies, a first for me this year.  The idea now was to try Tranmire Bog but, not only were we unable to find golden ringed we couldn't find the bog either so returned to Fen Bog.  Here we had been told to search a different part of the reserve and this time found the small pearl bordered fritillaries, although they were now somewhat worn.  I also enjoyed photographing the plentiful bog ashphodel and heath spotted orchids.  Having spoken to some other insect hunters we had now located Tranmire Bog so off we went.  Success at last: a couple of golden ringed and pleasing images of a female ovipositing in the peaty waters of Wheeldale Beck.  We also found keeled skimmers which perched accommodatingly on the sticks I placed for them to settle on.

A tiring but satisfying day.

Posted by Mike Pickwell at 04:43 No comments:

We have just returned from a brilliant week staying in our caravan at Bamford in Derbyshire.  We had joined my brother and his wife for the Tour de France.  Straight away though we found some twayblade in the small wild flower meadow that Pam, the site owner had established.  A good start.  On our first day we opted for a walk along the Monsal Trail a few miles away and a return along the River Wye past Litton and Cressbrook Mills. 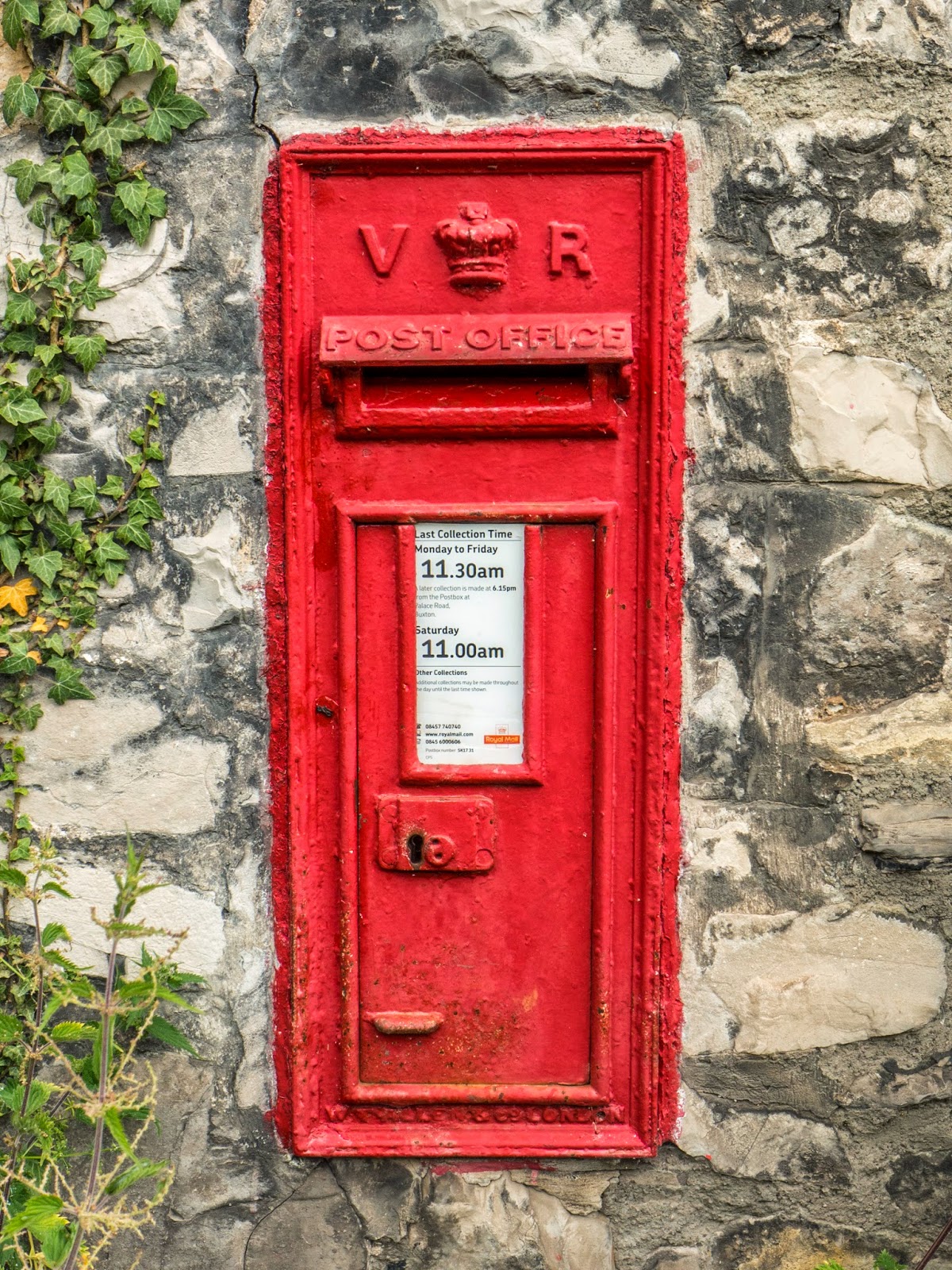 Saturday and Sunday were all about Le Tour.  Saturday morning saw up up early and heading up the M1 and A1 to Masham, where we were early enough to find a parking spot and walk down onto the Tour Route.  We were soon established in a good spot and settled down to enjoy the day's party atmosphere.  Crowds gradually built up during the day, many people entering into the festive spirit by dressing for the occasion.  There were union jacks aplenty and many wore the Tour colours of yellow, green or polka dot; even the local sheep had been dyed in the Tour colours.  In one field we saw a huge Barnsley logo with equally large daisy motifs; here the sheep had been dyed with black and yellow stripes to look like bees around the daisies when seen from the helicopter camera.  In the field behind us the local farmer had a barbeque in progress.  It didn't seem long before the publicity camera came through with it's amazing floats.  Soon after this we spotted the camera helicopters hovering over the riders as they rode though Masham and then round the corner came motorbike outriders and Tour vehicles with headlights blazing closely followed by the massed peleton riding at full speed building up for the sprint finish in Harrogate.  Sadly sprint hero of the Brits, Mark Cavendish was to crash out of the race in the sprint so I was dleighted to get a picture of him sitting on the back of his lead out train.
Once the riders had gone through the team cars were hot on their tail and then it was time to move ourselves.  The drive back went well with none of the predicted traffic jams although we probably missed the worst by being south of Harrogate/Wetherby before the finish and Leeds would have cleared soon after the start.  After a quick pub meal we decided to gather up the necessary gear and drove the short distance to the next day's route to spend the night on the roadside amongst the campervans in order to get a prime spot the next day; not strictly necessary but all part of the adventure!
The Sunday dawned clear and bright once more and we looked forward to our day; our night's sleep having gone surprisingly well.  We had a relaxed breakfast, but quickly crowds began to build up so we gathered chairs and flasks and potted down to our chosen spot.  The day followed a similar pattern as Saturday but there were far more people here, it being a hilly stage and we were on the slopes of the Cote de Bradfield.  All day the crowds built with people again entering into the party spirit and cyclists riding up and down the route either to find a spot to watch or just checking out the route.  Once the riders arrived today, however, things were very different.  The tough hilly stage had split the peloton.  The main contenders came past in an early group with the remainder  following at intervals and the sprinters in the autobus some minutes after.  Again another excellent day marred only by the 3 hour traffic jam we had to sit through to get back to the pub for our evening meal.

After such a magical two days the only thing left was to test ourselves out on the route which Peter, son Thomas and myself did on the Monday.  We biked out from the caravan and rode some miles on the course including the tough Bradfield Climb.
Tuesday provided another day of excellent weather and we had a rather more chilled out day with a steady walk along the River Derwent to Hathersage to look at the well dressing and indulge in tea and stickies.
Another fabulous day of weather for Wednesday which began with a ride for an hour and a half on the bikes with my brother and then off to Miller's Dale.  Either side of the Monsal Trail here are long disused limestone quarries.  The stone from these was burned to quicklime in lime kilns, the remains of which are still there to be seen.  It was then transported by rail.  Over the years the quarries have reverted to nature and are now protected as reserves.  They are rich in flowers, particularly orchids, and butterflies.  We had gone hoping to find a speciality here, dark green fritillaries.  We were successful in this and I was delighted to find a white letter hairstreak that had come down from the tree canopy and was nectaring on wild thyme.
The final day of a wonderful week.

Posted by Mike Pickwell at 03:24 No comments: