Yesterday I visited Scunthorpe Steelworks to take some Industrial Landscape pictures for my photography degree.  A s well as industry itself, I am also interested in the rewilding of old industrial sites.  How quickly does nature reclaim her own.  We parked at Santon, just north of Broughton, where we were able to walk along footpaths through the old opencast ironstone quarries next to the steelworks.  It is fascinating to see how all of this area has reverted to scrub and woodland and is now a haven for wildlife.  Although it is approaching the end of the butterfly season now, we found good numbers of second brood speckled woods in excellent condition.  Fungi are now beginning to grow and pleated inkcaps were in evidence.  We also enjoyed the fascinating robin's pincushion growing on the wild dog roses  These are galls or abnormal growths produced as a reaction to parasitic attack.  The culprit in this case is a gall wasp that lays its eggs either in the leaf or the stem of the rose.  Robin's pincushion is a spectacular gall and can be either bright green or brilliant scarlet.  Ours was scarlet and made a very pleasing photograph. 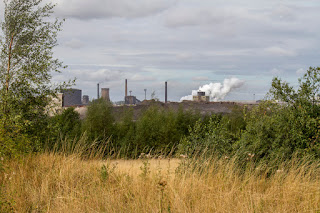 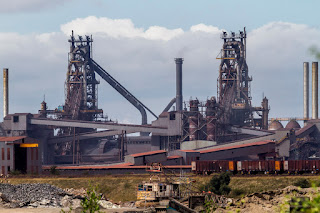 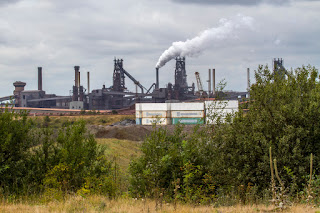 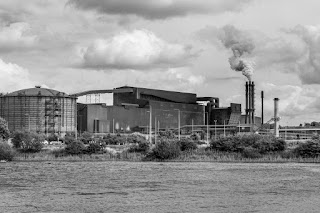 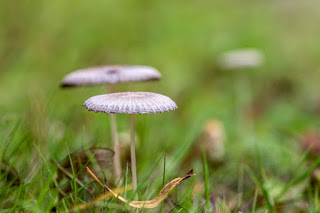 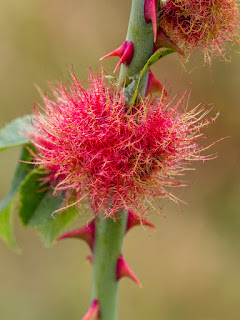 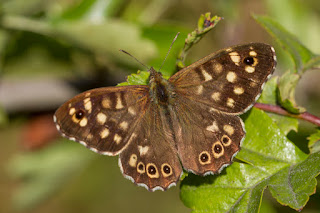 Posted by Mike Pickwell at 04:23 No comments:

A Walk Around the Cemetery.

I decided to go for a quick potter around the woodland cemetery just around the corner from the hose to see what was about.  It is normally a good spot for butterflies and I was optimistic for holly blues as there have been a lot in the garden lately, although too skittish to get photographs.  The walk was disappointing on the butterfly front, though with only a few speckled woods and a couple of meadow browns; late in the season, perhaps, and it had turned cloudy.  It is always good to be out though and I enjoyed my walk.  I noticed a good crop of large blackberries so will be back and the guelder-rose trees are sporting fine bunches of red berries.

Posted by Mike Pickwell at 09:12 No comments: 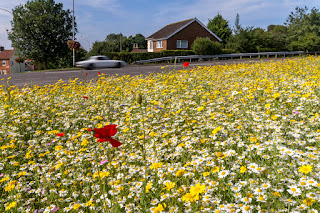 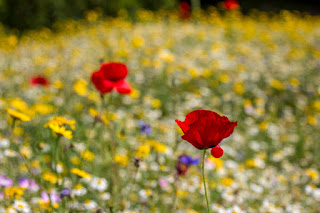 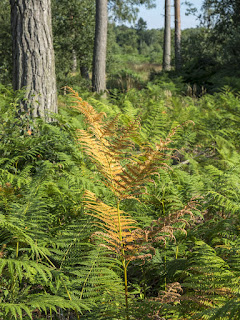 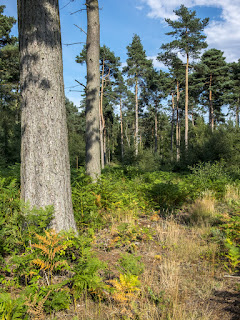 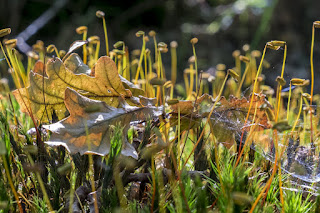 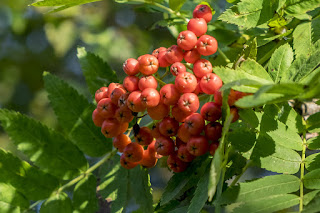 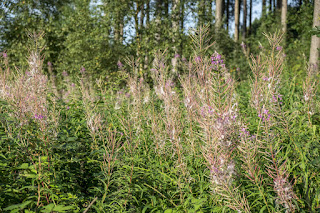 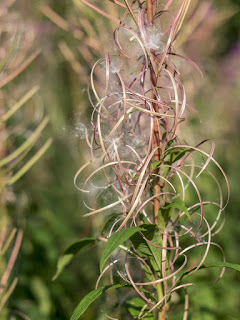 Posted by Mike Pickwell at 02:04 No comments:

I am currently involved in a photographic project of the old Lincolnshire Loop railway line, now a cycle and walking route, and of the River Witham, which runs alongside it from Lincoln to Boston.  The Witham cuts through the limestone of the Lincoln Edge to form the Lincoln Gap, allowing Lincoln to become a communication hub with road, rail and water transport being able to use it, as well as straight roads along the crest of the Lincoln Edge, once developed by the  Romans.  I wanted to photograph the upper Witham from its source at South Witham, just north of Stamford, and into Lincoln itself at The Brayford Pool.  The upper reaches of the river flow from South Witham, through North Witham, Colsterworth, Claypole near Newark, Bassingham and then into Lincoln.  There are great contrasts in the river either side of the Lincoln Gap.  To the south west it rises in limestone country and flows as a clear fast-flowing stream as far as Lincoln.  To the south east, from Lincoln to Boston, it has been widened and canalized for navigation and is now a wide slow moving, more turgid waterway, once a favourite haunt of match fishermen.  In fact, special fishing trains ran excursions from cities such as Sheffield at weekends.  Two opportunities presented themselves this week to carry on with this work.  On Tuesday we had to take our daughter to Stansted Airport and on our return we diverted to South Witham, North Witham and Colsterworth.  Interestingly, despite the heavy rain, the river was dry at South Witham, close to its source, but it soon became a delightful fast flowing stream.  Today we went to Southwell, near Newark for the Masters of Vision photography exhibition, which was excellent.  On our way home we were able to explore the river from Claypole, through Norton Disney and Bassingman to Lincoln.  It was good to see plenty of wildlife on the river, both plant and bird, the highlight being a pair of kingfishers at Claypole.  Earlier in the year I regularly visit Bassingham to photograph banded demoiselle damselflies.

Posted by Mike Pickwell at 02:31 No comments:

We had to pick our daughter up from Stansted Airport at 11.30 pm on 6th August so we decided to make a short break of it by booking the Premier Inn at Stansted for all of us for the night and calling in a Cambridge and Lincon on the way there and back.

We enjoyed pottering round Cambridge and the Backs and had a great time punting (being punted!) through the colleges.

To view large, please click on an image
Lincoln the next day was just as pleasant a day and we enjoyed our visit to the newly restored Castle and walls and Magna Carta. 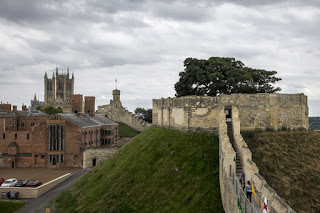 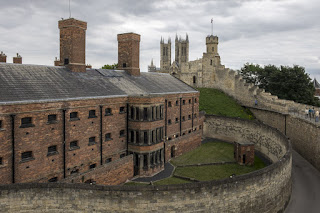 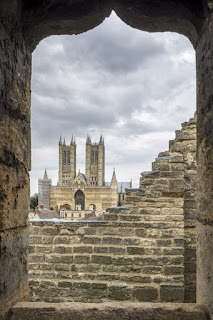 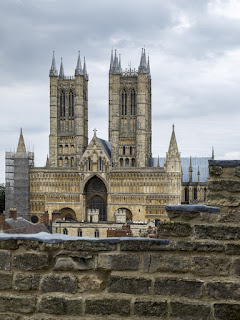 Posted by Mike Pickwell at 04:32 No comments: