Out with the Birding Lens

Waking to a beautiful morning it was a case of getting the jobs done and then out with the birding lens.  It was a very crisp start as the temperature had dropped to less than -2C last night and by the time I got out it was still only 1.5C  I followed basically the same route as yesterday and saw similar birds.  The highlights were seeing the jay yet again in the same corner of the woodland burial ground and flushing a woodcock from the trees next to Gooseman's Drain.  One day I am going to catch the jay napping but they are so wary I'm not holding my breath.  The woodcock I was looking out for but not until I reached the Horsefield.  A couple of days ago a friend had put up two which flew into the burial ground.  The woodcock is a very secretive game bird - a wader with an incredibly long bill which it uses for probing into the ground to search for earthworms.  It is perfectly camouflaged in a great variety of fawns, browns, rusts and golds and uses this as a means to escape from predators.

I have heard that a visitor to the burial ground puts food ou when he visits and there is certainly a great deal of activity by the seat he uses.  There are also windfall crab apples there.  I am minded to take some food myself and set up a perch to see what birds I can photograph.  Not a bad way to while away an hour or so.

I returned through the Horsefield but saw no more of the woodcock, although I did manage some indifferent shots of my first linnet for the year.  The final stop just before home was to photograph the local starlings now resplendent in glossy iridescent breeding plumage. 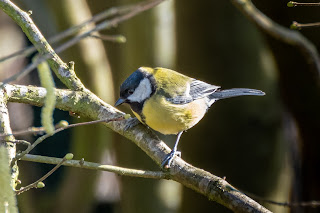 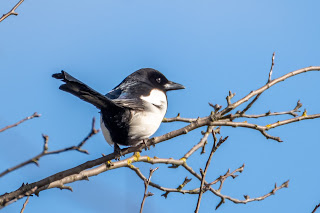 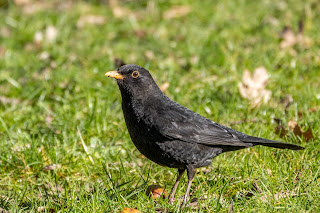 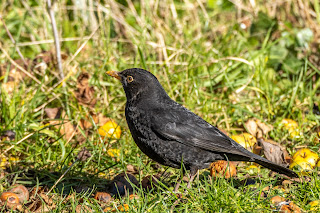 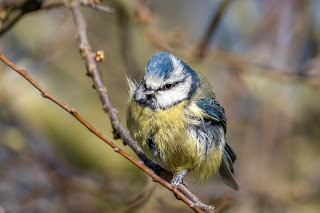 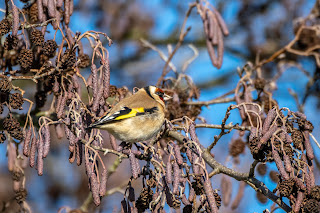 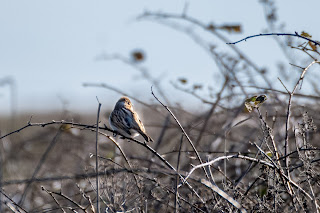 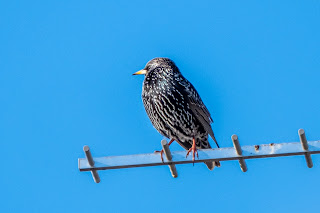 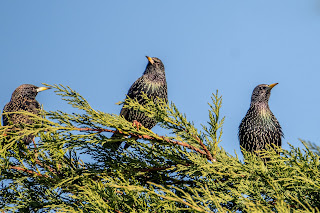 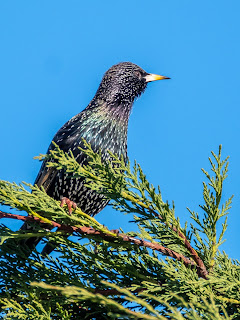